How to prove parental alienation: what it means and the forms of the syndrome. 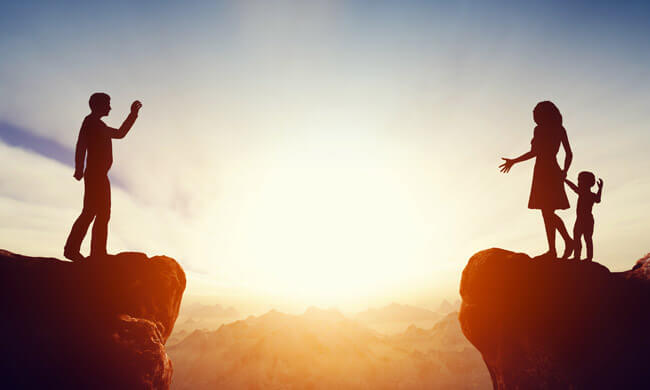 The syndrome of parental alienation stresses how important a child in the divorcing conflict is.

Parents’ divorce is one of the most traumatic experiences of a youngster.

Unfortunately, it often happens that mother and father’s breakup confuses the young mind.

He faces the conflict of loyalty – on which side should he stay?

Unconscious involvement of a baby into the divorcing conflict is proved to cause a number of negative consequences for his mental development.

The parental alienation syndrome may stay for the rest of his life!

That’s why it’s so important to find the answer to the question of how to prove parental alienation.

What is the syndrome of parental alienation?


The author of the parental alienation syndrome’s concept is the American psychiatrist Doctor Richard Gardner.

One may speak about the parental alienation syndrome, only in case the critics and judgment have involuntary character.

A kid, against his will, becomes a participant of the competition between father and mother.

R.A. Gardner’s assumes that parental alienation syndrome (PAS) is some kind of mental disorder which appears in an offspring, when his parents get divorced and decide how a kid will to live and with whom.

Emotional alienation of a mother or a father is proved to happen as a result of the other parent’s campaign to discredit (bad mouth) the rival in the kid’s eyes.

In such situation, one of the parents psychologically influences on an offspring (in the Gardner’s terminology – programs the conscious), forming a certain opinion about the other one.

The other parent is the target of the campaign in alienating the offspring.

The love on the line “a parent – a child” will be destroyed multiple times, changed with contempt, anger, rage and enmity.

The aim of the destructive actions is to find a way how to ruin the connection of a baby with the other parent.

There may be various methods implemented to wash his brains: the indoctrinating, emotional blackmail or manipulation.

Involving a kid in the conflict usually has unconscious character and happens under the influence of strong negative emotions.

That’s why you should think how you behave yourself during the divorce, lest you offended your kid for the rest of his life.

The evidence, with the help of which you can learn how to prove parental alienation


According to Dr. Gardner’s opinion, there are two groups of factors, which take part in forming the emotional alienation in a child.

Forms of the parental alienation


Before discussing how to prove parental alienation, we should discuss its forms.

Carrying out expert examination in order to prove parental alienation

The most widespread judicial error in examination of the suchlike cases is the obscurity of all needed circumstances, when the judge’s decision is made based on the explanations of the interested persons without their proper estimation and check, without any other evidence on this case.

Moreover, the conclusion of the guardianship and custodianship agency cannot prove anything or replace the expert psychological conclusion.

Psychological expertise in court, which is done in such cases, is always quite complicated and extensive investigation.

How to Love Your Family?

The objects of the expert investigation to prove parental alienation:

Set of factors, how to prove parental alienation 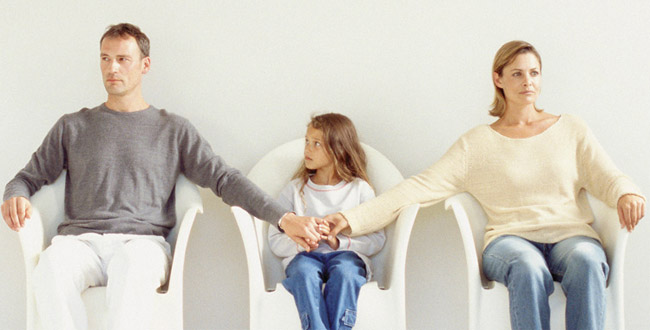 Thanks to Dr. Gardner’s research in judicial practice there were cases, when a child was passes in ward of the other alienating person.

As a result of it, there was much critic towards how children might go to the tyrants.

However, now we speak of a certain case, when only parental alienation takes place.

According to the formulations, PAS is the reaction of a kid on the set of factors, including personal and psychological peculiarities and behavior patterns of both parents and a child, the most important of which are:

Taking everything above in consideration, we might prove that if an offspring alienates one person, eliminating even communication with him, one should study child’s peculiarities as well as a parent’s – the possible inductor, and the alienated one’s.

So, the alienated mother or father was proved to have the following personal and psychological peculiarities:

It was mentioned at the children’s personal peculiarities’ assessment that the higher ability to self-reflect and perceive the controversial positions of the conflicting family members, the more often he is involved in the parental conflict and learns how to form the negative relation towards one of the parents.

Moreover, it should be noted that children, who ignores one of the parents is proved to have more psychological problems and emotional disorders, as a result of which only legal strategies (like changing the guardian, forcing visitations, prohibiting visitations) cannot solve the problem.

If the family has quarrels, which concern upbringing, there are various forms of revealing the character of relation of an offspring towards a mother and a father, which show how to prove parental alienation:

Children with parental alienation syndrome are proved to have low self-esteem, do not believe in their possibilities, and are said to be easily exposed to parents’ infusions.

The relations with the alienated mother or father are often exposed to the inconvertible destruction.

The need in love from the alienated person will never be satisfied.

Sometimes it happens that such children, when they become adult, break the relationships with the person they used to live with – a provocateur, and a person responsible for parental alienation syndrome.

That’s why it’s so significant to figure out the question of how to prove parental alienation, otherwise, the process will be inconvertible and you’ll lose your child.