The knowledge of the psychological manipulation techniques will assure your safety from the intrusions into your psychic and you’ll be able to resist them. 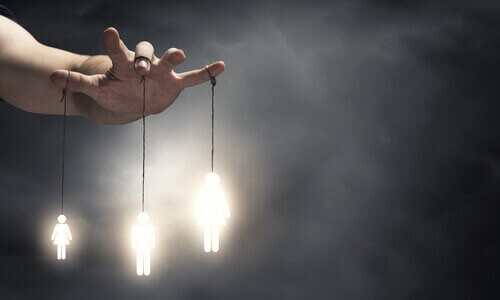 Knowing everything about psychological manipulation techniques you can secure yourself from intrusions into your psychic and withstand it.

One should also study and know some manipulation techniques to learn how to sort them out and use for your own benefit. Without such knowledge one cannot achieve much in life.

How to learn psychological manipulation techniques?

When all preliminary steps are passed, all needed information is gathered, weak points are defined, and circumstances are considered, one can start using psychological manipulation techniques.

However, to use some of them the preparation is not needed at all.


There is a short instruction how to resist or secure yourself from every psychological manipulation technique mentioned below.

In this case the manipulation is executed by the fact that a manipulator pretends to want to understand something better.

He asks you again, but repeats your words only at the beginning and partially, changing the sense of what you’ve said and adding additional meaning to your words.

Here you must be extremely attentive and listen carefully to what you are said and when you notice the catch, specify your words.

Moreover, you must specify them even if the manipulator tries to switch to another topic, pretending not to notice your wish for specification.

When a man is trying to prove his rightness and persuade someone in something, the other person shows his indifference both to the interlocutor and to what he is saying.

A manipulator counts for the desire of the speaker to prove his significance by using the facts that weren’t supposed to be revealed.

This way he gets the needed information.

A way of protection from this technique is not to give in to the provocation.

3. Switching topics in a hurry.


Having announced one theme, a manipulator impetuously passes to another depriving the interlocutor of the chance to express protest or somehow doubt it.

It’s done to fix this information in the interlocutor’s subconsciousness.

This psychological manipulation technique is defined as a compulsion with the aim for further usage.

One should pay more attention to what he hears and analyze everything.

The manipulator shows his weakness in order to gain a tolerant relation to him. In such moments the manipulated person stops taking the other one seriously as a competitor or rival and his vigilance is relaxed.

Not to fall for this psychological manipulation technique you can only if you always treat everybody seriously and see a strong rival in him.

Why Do People Manipulate?

This is a very widespread manipulation technique. At the expense of the manipulator, who plays a part of the lover and shows excessive respect, honouring, etc. (i.e. show likewise feelings), he gains a lot more than if he simply asks for something.

A clear mind is going to help you.


Using unmotivated anger the manipulator calls for desire to calm down the interlocutor and counts on him going to some compromise.

Manipulation is possible by imposing a quick speech tempo and pushing your ideas. A manipulator is hiding by being in a hurry and having no time. He chatters his interlocutor, who doesn’t have an opportunity to respond or even think, that’s why he silently agrees with anything.

Talkativeness and garrulity can be stopped by questions and asking something again. You are also able to lower the speed of the conversation by such trick: “I’m sorry. I have to make a call. Can you wait?”

Manipulation is achieved by pretending to suspect something, when the defense reaction is sure to be an excuse. Now, the barrier is weak and one can easily push his thoughts in the other’s head.

You can defend by realizing that you are a self-confident person. Show to the manipulator that you don’t care if someone feels offended by you and you won’t follow if someone decides to leave.

Lovers, mind it and don’t let anyone manipulate you!

A person shows how tired he is and he can’t possibly listen to or prove objections. Another person agrees quicker with his arguments and don’t make him more tired by his imagination.

Don’t give in to the provocations.

11 Best Techniques How to Manipulate People

A man is pressing by his authoritativeness, even if his view, advice or request is out of his competence.

How can one possibly deny something or refuse to this man?

Have faith in yourself and your abilities, your individuality and uniqueness. Get rid of low self-esteem!

11. From details to a mistake.

Manipulation consists in paying attention to a small detail, without letting see the whole picture, and makes someone come to the conclusion basing on it.

The usage of this psychological manipulation technique is actually very widespread. Many people judge or conclude about some object or event having no profound information or all facts.

Sometimes they do not even have their own opinion on the matter, they judge by the others’ opinions.

Manipulators use it and impose their views.

Broaden your mind, develop yourself and work on advancement of your knowledge.

12. Manipulation with a grin.

A manipulator behaves as if he doubts his opponent’s words and chooses an ironical tone for the conversation, provoking hid emotions.

Being in the emotional state, being angry a man has an altered state of consciousness and is more subject to compulsion.

An effective method of protection is a full indifference.

13. Imposing a thought by repeating the phrases.

This psychological manipulation technique implies repetitions of the same phrases, which compel some information.

Do not focus your attention on what a manipulating person says or simply change the topic.

14. Search of common traits and qualities.

A manipulating man is concocting or finding some similarities between him and the manipulated one. Then he pays great attention to it and proves that he can be trusted.

The defense is lowered and a man can request something, compel thoughts or push the ideas in the mind using other techniques of manipulation.

You can defend yourself by saying that you are not similar at all.

Manipulation consists in the fact that a question is made up the way the other person doesn’t have another variant but choose something he was suggested.

For example, a waiter in the restaurant asks coming to your table: “What wine would you like to drink tonight? Red or white?”. He makes you choose one of the options he suggested, though you may not plan to drink wine at all.

You must clearly and distinctly imagine what you want and never forget about your interests and plan, whatever happens.

You probably cannot remember and master all psychological manipulation techniques at a time.

Nevertheless, you are armed with the information and you are sure to recognize manipulation techniques easily and protect yourself from them.