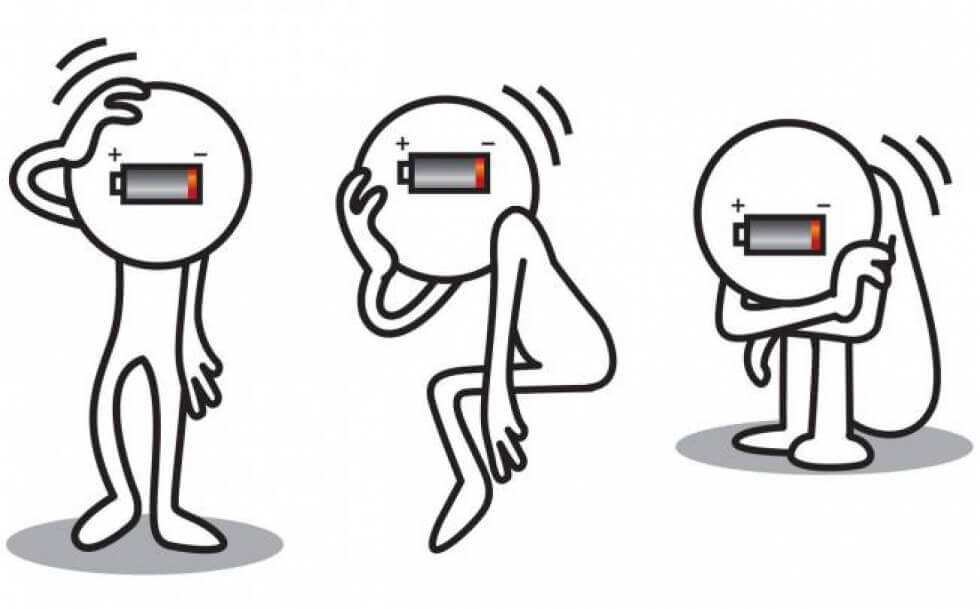 Hello, my dear readers of our useful website Motivational-tips.com! 🙂

Living in a swiftly developing world, we often get tired too quickly, become annoyed at everything very easily and may even fall into depression. We suffer from soreness and sleepiness that interfere with our usual tempo of life.

Of course, the appearance of such symptoms makes us consider the necessity of an extra vacation.

However, when our vacation is over, we notice that we haven’t overcome exhaustion and depression.

Moreover, they’ve become even deeper and got accompanied by physical disorders.

Some people feel muscle soreness; some people suffer from stomach ache, and others become vulnerable to pressure surges. Sometimes all these symptoms may occur simultaneously.

If you recognize these symptoms and experience them once in a while, you are likely to be diagnosed with a chronic fatigue syndrome.

What is chronic fatigue syndrome?


If you get totally exhausted by the end of your day and suffer from insomnia at night, cannot remember the name of your interlocutor which you have been told a minute ago, and if you get annoyed at every trifle, you definitely have to start worrying!

There is a chance that you have fallen victim to the relatively new but already a widespread disease – chronic fatigue syndrome (CFS).

CFS, which is now a well-known and widespread disorder, has not been discovered until 1970-80s.

Its appearance is closely connected with the huge acceleration of the tempo of life and the increase in psychological pressure on people.

The first symptoms of chronic fatigue syndrome include fatigability, soreness, weariness, lack of energy and apathy.

As a result, a person ends up with memory disorders, and he/she needs more time and efforts for solving complicated problems.

Then a person may suffer from causeless fears, insomnia, soreness in joints and muscles, headaches and even loss of appetite.

American scientists have analyzed more than 2000 cases of this disease, and they have discovered the following regularity of its occurrence.

CFS usually strikes people with the most able-bodied age (28-45 years).

Women, who are more emotional and susceptive by nature, suffer from CFS twice as much as men.

Businessmen and journalists (people who suffer from stresses at work) belong to the high-risk group.

This group should also include people who live in ecologically rugged regions, areas with a high level of environmental pollution by harmful substances, or in the regions with the increased level of radiation.

Chronic fatigue syndrome usually attacks people who often change their daily routine or spend most of their day in the places with artificial light.

You can tell exactly that you have a CFS syndrome if you notice the following symptoms:

If you have recognized at least three symptoms, you have to start acting right now! Don’t worsen your condition, it has already become unhealthy!

What is the origin of chronic fatigue syndrome?

«Our fatigue is often caused not by work, but by worry, frustration and resentment.»

Scientists from all over the world try to solve the mystery of the CFS origin. However, they haven’t yet discovered the exact reason of its occurrence.

The only hypothesis, that the scientists have already made, is that the reason for CFS may consist in nervous work or working overtime.

I’m not a scientist, but I have something to tell you. In most cases CFS happens because of hopelessness and stupor. Nowadays men and women have equal rights. Women have won the right to work, BUT!

But they have not shifted their house chores on men! That’s why men work for 8 hours a day, and when they return home, they lie on the couch doing nothing.

If you try to reproach them, you’ll definitely hear the following answer: “What do you want from me? I work and I receive a big salary for my work! That’s all I have to do!”

Women see this situation from a different angle.

Women also work for 8 hours a day, but when they return home, they have to do cooking and cleaning, to do laundry and to watch after kids (if they have them, of course).

As a result, men are relaxing while women are doing house chores until the middle of the night.

At some point this accumulated exhaustion bursts out and develops into a chronic fatigue syndrome.

Obviously, it is only one of the causes for CFS, but you cannot disagree that if men listened to their women and helped them around the house, there would be fewer cases of CFS.

Besides that, CFS can occur due to the long stupor, when a person doesn’t make any progress in life.

However, despite the numerous reasons of CFS occurrence, this disorder CAN and HAS to be cured!

How to overcome chronic fatigue syndrome?

What else I meant to tell you?

My dear readers, if you want to develop and nourish your brain with useful information every day, subscribe to our informative articles emailing.

Trust us! We fill our website exclusively with unique and interesting material! 😉

In conclusion, I’d like to let you know that there is no uniform treatment for chronic fatigue syndrome.

You can make an appointment with a doctor, but he is likely to prescribe you either antidepressants or painkillers. I hope you have already realized that taking antidepressants is as useless as getting blood from a stone!

If you have diagnosed yourself with a chronic fatigue syndrome, fight it!!!

Change your sphere of activity; fill your life with joy, new impressions and acquaintances! This will help you to overcome your disease!!!