If you want to become an excellent leader and win respect of your colleagues, you have to know what the characteristics of a good leader are. 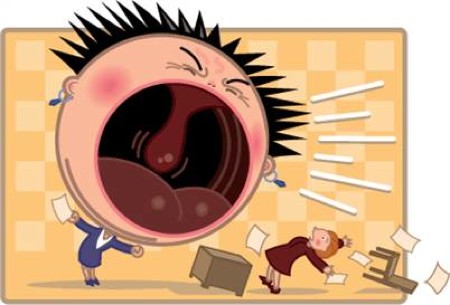 Not everybody can become a team leader, you know.

Those people, who have bents for leadership, usually are not willing to take responsibilities and thus, encounter with hatred of their colleagues.

On the contrary, those people who want to become powerful and authoritative, are too lazy and not smart enough in order to cope with the tasks that are set before them.

This vicious circle is usually broken by people who are described by their colleagues as “excellent bosses”, and they are often truly envied by others.

If you decide to conquer the career Olympus, I hope that you will give much thought to the question how to become a good leader, no matter how much time it will take you.

Characteristics of a good leader


The main mistake which is usually made by people who desire to become a director as soon as possible is their unwillingness to understand that a good leader is, first of all, an efficient manager. By the way, a good leader doesn’t have to be a professional in every single sphere of life; he/she simply has to know his/her own business.

For example, if we are talking about the chief editor of the newspaper, we have to keep in mind that he/she is not obliged to write virtuosic texts (though he might have started his/her career as an ordinary journalist), take unique photos, create new layouts in 5 minutes, use all possible and impossible computer programs or know how to repair business machines.

Instead of that, he/she has to do the following:

How to become a good leader: is it difficult?

«If your actions inspire others to dream more, learn more, do more and become more, you are a leader.»
John Quincy Adams

Many ambitious careerists don’t give much thought to the fact whether they are able to be good leaders, or not.

They dream of having a lot of authority and a big salary, comforting themselves with such words: “Oh, not a big deal, I will learn everything later somehow”.

There is no doubt that a talented person can really manage to learn everything later.

Even bears in the circus are trained to ride a bicycle, you know.

However, in order to become a successful person you have to possess certain traits of character or at least, you must have a desire to develop them.

In my opinion, before you start thinking how to become a good leader, you have to rationally estimate your personal qualities and flaws of your character.

Main characteristics of a good leader


A good leader has to:

An excellent leader has to get rid of such qualities, as:

Obviously, this is not the full list of qualities which a good leader should possess/get rid of, but this is what he/she should start with.

8 tips with examples how to become a good leader


One of my friends has a colleague, called Olga Semyenovna.

She is an old lady, who has worked at one place for so many years, that she definitely has to retire.

My friend loves her job, however she hates her boss, and all her colleagues share her feelings towards Olga Semyenovna.

I would like to use her example in order to explain you what mistakes you should avoid if you want to become a good leader.

1. Unwillingness to make any efforts.

Thirty years ago, when Olga Semyenovna was still young, she worked very hard, spending a lot of time at work and coming up with many interesting ideas.

However, when it was about time for her to retire, she might have thought that she had already done everything she could, and her reputation was so good, that there was no need for her to strain herself anymore.

Now when she comes to work, she usually minds her own business, doesn’t work late hours even if it is necessary, and leaves whenever she wants to leave.

I can see why her colleagues are irritated by such behavior: this lady receives a high salary, according to her position and length of service; however, she doesn’t do anything!

2. Complete irresponsibility and willingness to shift all tasks to others.

In my opinion, a director is a person who stops all gaps and solves all problems and questions that arouse in the process of work.

Nevertheless, Olga Semyenovna thinks that her only task is to spend a few hours at work, that’s it.

For example, on Saturday (yes, the organization where my friend works, has working Saturdays) staff encountered with a short circuit in the wires.

The employees didn’t even think about calling their boss, there was no point in it. The only answer you can hear from Olga Semyenovna in this case will be: “Well, then call somebody somewhere”.

However, this is not the responsibility of the staff; such problems should be solved by a director or his/her assistant, even if they are not present at the office.

You need to know: 3 Ways, how to Plan Your Day Properly

3. Inability to value your employees.

Olga Semyenovna doesn’t encourage her staff in any way, even by simply appraising her employees.

I guess I don’t need to mention that her employees don’t even think about material reward, it’s impossible.

Olga Semenyovna takes everything for granted.

However, she never stops talking and boasting about her own non-existent achievements.

4. Inability to organize the working process.

Do you know what the favorite phrase of this horrible woman is?

By the way, she is the only person suffering from “heat”. Her employees do not feel the heat even during the most difficult moments. They perform their tasks easily and with pleasure.

5. Ascribing somebody else’s achievements to him/herself.

I think that the abuse of such pronouns as “we” and “they” is a crime.

If some successful work has been done by her employees, Olga Semyenovna always says in her reports to their higher authorities “We have done it”.

However, if she participates in any project at least a bit, she’ll definitely say “I have done it”.

6. Vulnerability of the staff.

Olga Semyenovna would never protect her employees from attacks (even if these attacks are completely unreasonable) of the higher authorities, officials or even some crazy visitors.

Obviously, many people who know this fact tend to use it as much as possible. As a result, the staff has to supervise the working process even of the constantly drunk plumber.

7. Unwillingness to perfect your skills.

I’m sure that Olga Semyenovna possesses some certain skills; however her knowledge is a little out-of-date. She is too lazy to read specialized literature and develop.

The only skill that she really possesses is the ability to pretend to be a valuable employee.

8. Feeling of hatred towards your employees.

In case with Olga Semyenovna we can explain her hostility towards her employees by the fact that they are still young and have their own families, unlike her.

However, there may be some other reasons for her feeling of hatred towards staff.

The given example of a horrible director is more peculiar to state institutions, where employees still follow many Soviet traditions, but I think, you’ve understood my point.

Thus, if you want to become a good leader, you have to work, develop and improve yourself during your whole life. Moreover, you have to pay attention not only to your professional characteristics, but to your personal qualities as well.