If you want your dreams come true as soon as possible, use visualization and you will see its effect! 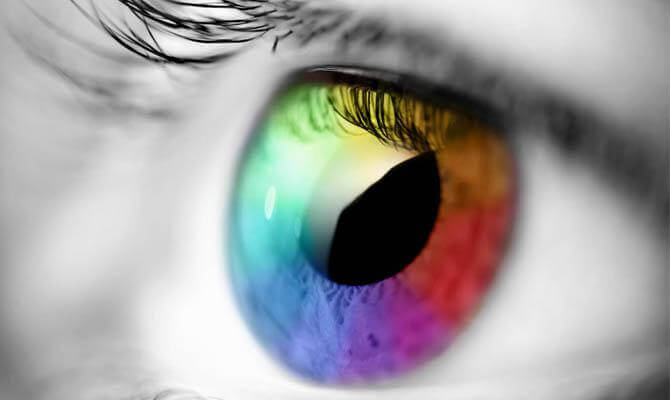 Today we will talk about a mysterious natural talent which only few people can use successfully and reach their goals in career and family life. It’s visualization!

What is visualization and how it should be used in order to reach success?


Visualization is the process of occurrence of colorful images in your head, which you can afterwards control mentally.

Have you ever thought about something good, something pleasant and then eventually it happened in your life?

Have you ever made a wish blowing out the candles on your Birthday cake, and in a month it actually came true?

Have you noticed that if we think about something nice, it eventually materializes in our life?

I think that everybody has done it, but usually we don’t pay much attention to it.

Why do our thoughts in the past become our reality in the future?

Some people call it a coincidence, but other people take some thought and realize that fairy-tales can happen not only in the movies, but also in real life.

What is visualization and how can it be explained?

Thought takes man out of servitude into freedom.
Longfellow.

Things that we imagine in our head by ourselves or due to others (e.g. we recollect somebody’s words) are called visualization!

Visualization is a powerful tool for the achievement of your goals!

People started to use visualization many years ago and it always helped them to reach success! You may think that I’m talking nonsense now, but I’m not!

I don’t know the principle of its work, but visualization really helps!

It may sound funny, but only few people will confess in practicing visualization every day.

They won’t tell you that they concentrate on their dreams, think about them, imagine the way of their realization and make huge efforts to make their dreams come true! This fear of “telling too much” can be easily explained!

As soon as we see a person who has an unusual type of thinking, who acts unlike other people and lives in his own world, we start making fun of him. We say that this person sees everything through rose-colored spectacles and acts foolishly.

We point our fingers at him, discuss him behind his back and call him crazy.

Then, suddenly this “crazy man” buys a car, an apartment, spends his vacation on the Canary Islands, and gets a promotion…

How do we react on this? We start thinking that he is either a mob member, or a drug dealer, or his parents sold everything and made him a huge present.

Nevertheless, the reason for these events consists in visualization!

Psychologists state that visualization takes place when a person starts to imagine certain situation (e.g. a purchase of a new two-storied house or a position of the head of his department), and then he subconsciously starts doing everything in order to make it come true!

Then a person gives this situation some thought and realizes that he doesn’t have enough money for a two-storied house, or he lacks some time, or his abilities don’t allow him to make such purchase. Nevertheless, his subconsciousness has already pressed a “Start” button and started looking for any possible methods of achieving this aim. Then a person suddenly feels a need to write down his dreams on a sheet of paper.

This person materializes his goal by writing it down!

For example, he writes down “I want to buy a two-storied house” and makes a sketch of it on the paper.

The drawing of the house on the paper is much better than carrying the image of it in the head.

Now a person can look at it, touch it and dream about running around this house with his children and playing hide-and-seek with them.

This means that despite the fact that the house is only on the paper, it still exists. It is a huge stimulus for your consciousness to change the thing you desire in your head into reality on a piece of paper.

How to materialize thoughts?

Have you ever watched a video when a football coach talks to his team before the game? He makes players believe in their own desire to win the match.

he coach raises the team’s spirits by saying:

Then this team really wins, either because of their coach’s words or their professional skills, or they have actually believed in their superpowers and behaved like champions.

People who believe in mysticism state that visualization is a signal sent by us to the Universe! The Universe can help us to fulfill our cherished dreams. It only needs the description of these dreams!

It is proved that when a person practises visualization, he/she reaches his aim faster and makes his dream come true!

Psychologists say that visualization can be used not only for achieving your dreams (e.g. I want to buy a house on a sea coast), but also for visualizing your worries and fears.

If you suffer from a headache, imagine how you fight it on the boxing ring, how you drive it into the corner and hit it with your left hand again and again. Believe me, if you visualize your pain, it will be easier for you to fight it.

In this case visualization performs the function of doctor!

It is interesting that some specialists even cure stammering by making little children visualize it.

You can ask whether we can visualize material subjects.

Yes, we can! You can visualize anything you want.

Visualization really exists. Here is an example from a real life.


“When our country was going through restructuring and it was impossible to buy anything because of huge deficit of goods in the shops, my husband and I had to finish building our holiday cottage. We had to buy some long and narrow boards but it was impossible to find them. My husband and I clearly imagined our cottage and how nice it would look. We also knew how many boards we needed and how they should look like. One summer day when we drove to our cottage, my husband saw a new board lying on the side of the road. It looked exactly like we imagined! Our mood improved at once, and we couldn’t believe that such thing could actually happen to us. We put it in our car, but one board was clearly not enough for us. When we drove further, we saw another board. We looked at each other and thought that two boards would be enough. However, we dreamt about finding one more board, but the Universe didn’t award us with any more boards. Anyway, with the help of these two boards we finished our cottage!”

Have I persuaded you to try visualization?

It won’t harm you to try it! You don’t have to tell everybody that you spend every evening dreaming about your future Porsche Cayenne and the house on the sea coast!

If visualization is so popular even among millionaires, why don’t you try it and see whether it works?

Always be optimistic and think about pleasant things, and they will happen to you in real life!