10 signs of high intelligence which were singled out by the researches of the whole world. Maybe, you are a genius too? 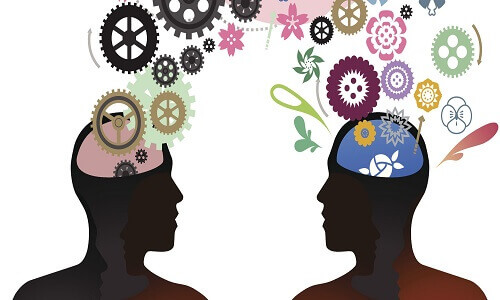 People have always tried to find some proof of the presence of high intelligence’s signs. Plenty of different tests were invented because of it, including the famous IQ test.

Besides, the scientists defined several signs indicating the big intellectual potential. We suggest you becoming familiar with these signs.

Nevertheless, it’s important to remember everything is relative.

Recent researches on the best students and graduates of the prestige universities has revealed the number of sex partners is much lower than in the control group of students with average intelligence.

The level of virginity among young genii is also higher – about 45 % of all students.

There is a whole set of theories, which explain this phenomenon, but everything is reduced to few key signs.

Firstly, testosterone hormone, which is responsible for the fulfillment of the men’s functions, is working in opposition to the chemical elements which influence on the intelligence.

Secondly, smart people are more sensible to risk. Sex in modern era is actually a quite dangerous business, and more penetrating intelligence considers it as unnecessary risk, especially when self-satisfaction or continence show no risk at all.

In its turn it decreases the number of potential meetings with the opposite sex and, as a result, the possibility of having posterity is reduced, too.


The researches were really shocked by the results of the interview they took from 8000 people.

Common sense supposes smarter people must feel the danger of using drugs and realize the results of such behavior.

However, the scientists discovered smarter people to be more open to new experiences and impressions, e.g. drug use.

How much are they opened?

The results stay the same even taking in consideration men’s socioeconomic status.

It’s rather curious, but these people are smoking less, eat more healthy food, go in for sports and are on a higher step of the social scale.

So, why the narcotics? Just like in alcohol, according to the views of researches, clever people seek new impressions in drugs.

What books to read to become smarter?

One of the distinguishing features of clever people is the tendency to ignore the generally accepted norms and don’t imitate the behavior of the society.

Smart people have their own plans and schedules.

Recent research, held by The London School of Economics, has proved insomnia to be a natural condition of the brainpower of humanity.

This isn’t a coincidence, but a sign of high intelligence.

It is incredible, but the amount of sleep needed to have a rest is getting lower when the IQ is rising. It brings us to the idea that quiet night hours may be the perfect ground for the personality growth.

Satoshi Kanazawa’s research proves alcoholism to be often a sign of a genius. Though, the arguments are quite unexpected.

Unlike the question about sex tension, which was mentioned above, drinking alcohol is said to have very little in common with stress coping.

In the report, which was put on the public display, a scientist says the brightest minds of the UK to be more inclined to having alcohol addiction in comparison with not so smart colleagues.

The report describes alcohol as “an evolutionary activity”.

The drinking itself is a luxury, an activity which is classified as entertainment, and has even more serious arguments than hobby or skills.

According to the results of the research, as the relative novelty of the alcohol drinking got implanted in social behavior long ago, people with high intelligence use it as pastime.

It seems there is a direct connection between the size of the women’s bust and their IQ.

Thoroughly announced research demonstrated the compared 1200 women had the correlation of big bust and the level of intelligence of their owners (an average superiority of women with big bust had 10 points by the IQ level).

However, there is sad news, too.

There is no proof the research really existed, because the researcher who conducted it — Yvonne Rossdale – is a fictional character.

Is it good news?

There are some scientific arguments for such a conclusion, even if the research about is a pure invention.

Real study of the human evolution and natural selection show the possibility that big bust together with high intelligence are the signs of a perfect partner.

Big bust may be subconsciously treated as more capable to feed the growing brains.

Second potential reason consists in the fact that hormones, which control the bust’s size and firmness, will be concentrated in large amounts in a well-generated and well-functioning brain.

This way, the male chooses a partner, who can give birth to the healthiest and smartest descendants.

Such children will inherit the qualities of their parents and will continue to create couples with well-developed partners.

Thanks to this process, the best minds have better genes in other categories, too. Nevertheless, every rule has an exception because genetics is a very complicated science. 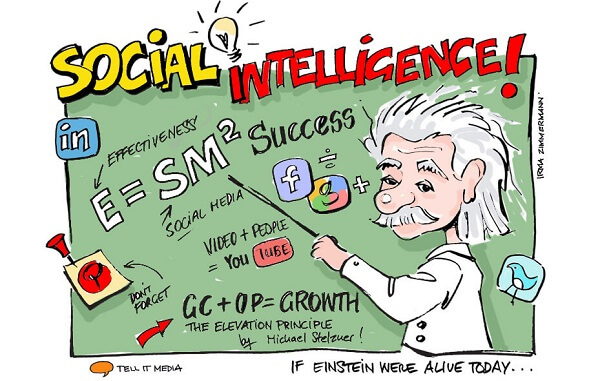 You shouldn’t think this sign depreciates the merits of the brown-eyed inhabitants of the planet.

The facts only speak about the distinct correlation between the colour of the eyes and the advantages in some spheres.

Blue-eyed people, as a rule, show high results in the field of the strategic activities and spheres which demand strict self-control.

Brown-eyed people are better in the situations which need quick reaction and fast developing activities.

It may concern sports or other disciplines based on the quick reaction capability.

An investigation of the well-known genii, who existed throughout the history, reveals the signs which prove most of them had trivial and senseless hobbies for pastime.

In any event one thing is known for sure – this is a common sign inherent for most great mind in history. Einstein enjoyed sailing a lot.


Throughout the history genii often devoted their lives to things, which were evaluated as useless at that time.

For example, John Alexander Newlands was humiliated in the scientific society, when he invented the first periodic table, while the Wright Brothers were mocked for not stopping their summer experiments.

Moreover, they were called liars.

Gregor Mendel who founded genetics as a science was simply ignored by the scientific society.

The thing is that genius’s brains don’t perceive the world through the society’s prism.

In order to achieve progress weird for average human activities should take place.

There is a sign which is peculiar for both painters and genii – it’s the ability to work with abstract thinking. People, who have higher IQ, can express themselves in abstract way.

More precise will be to say they use a visual form for this. A person with high IQ, as a rule, wants to share his ideas and present them in such a way, others would easily understand.

So, the artistic activity, such as a sparse picture, helps to express this inspiration and intelligence, and put it into a physical form.

Van Gogh and Picasso are, without any doubt, advanced representatives of this sign, while the music genii such as Beethoven and Mozart chose another way to express their creative instincts.

Smart people are often odd. Almost every leader in an academic circle has some eccentricity which distinguishes him from others.

It goes without saying that brains, developing out of “normal” spectrum of human understanding, can adjust to the surroundings in different ways.

It includes psychological disturbances of all kinds.

For example, Nikola Tesla was afraid of human hair, while Da Vinci suffered from procrastination (a term in psychology, which means constant postponing important activities and concentrating on absolutely unimportant everyday trifles).

These were the main signs of high intelligence, according to the scientists’ researches. However, they are all relative, as in general is an intelligence quotient.