You are trying to quit smoking and are eager to learn the symptoms of quitting smoking, aren’t you? In the article you are sure to find the list of symptoms. 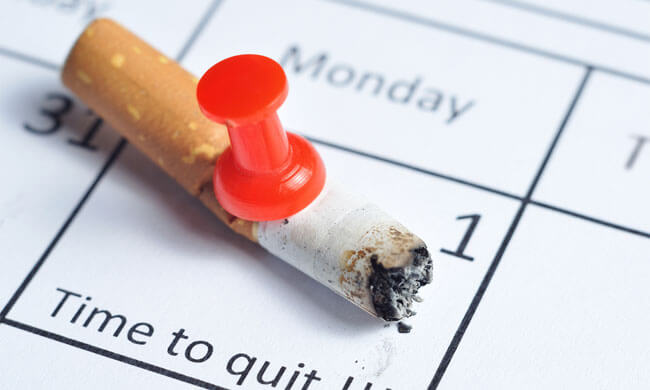 A person who is quitting smoking has tough time.

Almost in an hour after you smoked the last cigarette and refuse yourself in another “smoke break”, your organism will start to clean itself.

Hour after hour, day by day the organism will begin eliminating alien chemical compounds, with which you used to block yourself every day inhaling smoke.

However, at the same time the organism, which got used to getting nicotine every day, will demand its dose.

There are different symptoms of this process for every smoker.

Let’s try to figure out what kind of symptoms are there.

Withdrawal syndrome of quitting smoking and its symptoms


Withdrawal symptom is a depressing, very often painful condition, which is represented by the reaction of some systems in the organism (mainly nervous system) on the absence or decrease of dose of the regularly used drug, alcohol and other psychoactive substances, which are able to cause addiction.

Withdrawal syndrome appears mainly when there is a huge addiction to this or that substance.

When a person is quitting smoking, the withdrawal syndrome is called nicotine absistence.

From the first days of quitting smoking a person might have the following symptoms of nicotine absistence:

All these unpleasant symptoms are triggered by the fact that now, when the organism is left without the usual nicotine flow, your organs try to restore the optimal functioning.

This physical (physiological) recovery at a certain level is reflected on the psychological and physical condition, in the organism of which there is no more nicotine.

A person is under stress, the degree of which greatly depends on the attitude of the person who is quitting smoking.


Withdrawal syndrome when smoking as a rule has three stages, which have their own peculiarities.

How to ease the quitting smoking symptoms? 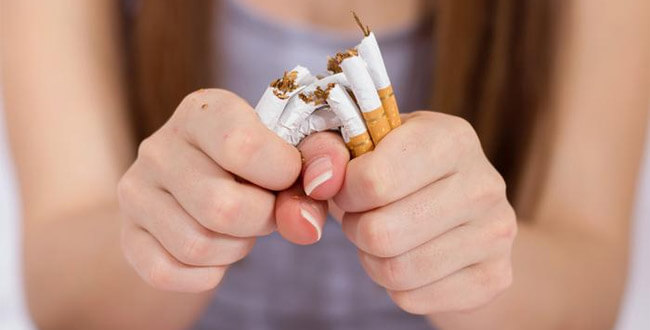 In any case in order to reduce such hard for everyone period, you should help your organism to get rid of nicotine addiction.

Regardless of all inconveniences, which are caused by quitting smoking symptoms, they are just temporary.

You’ll definitely get better in a couple of weeks, when the toxins will leave your body.

The benefits of quitting smoking will be the lower risk of falling seriously ill and acquiring better health.

Meanwhile, you should warn your close people that you are going to be bad-tempered, so that they treated you with understanding.