What is the origin of déjà vu and should it be taken seriously? Read more details in this article and become smarter! 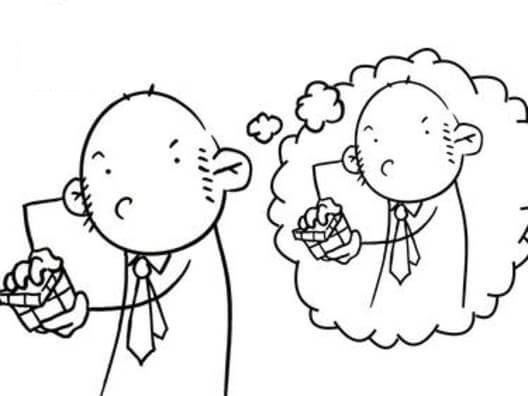 My dear reader, I’m very happy to welcome you on the pages of the useful website – Motivational tips! 😉

Have you ever had a feeling of repetition of some situation, recognition of the place where you’ve never been before, or familiarity of the book you’ve read, song you’ve listened to, or picture you’ve seen?

If your answer is positive, you belong to 97% of people on Earth who have experienced the effect of déjà vu.

What is hidden behind this beautiful French word, what is the origin of this phenomenon, why does it happen and should it worry you – all these questions will be answered in the article below.

What is déjà vu?


The literal meaning of this French word is “seen before”.

The term “déjà vu” was first used by Émile Boirac in his book.

Psychiatrists denote this phenomenon as: “The mental state, usually unexpected, during which a person thinks that he/she has already been in this situation or has experienced similar emotions”.

The intensity of this feeling can differ.

Sometimes the feeling of something “seen before” lasts only for a minute and disappears on the spur of the moment.

However, there are cases when the effect of déjà vu resembles a strong wave, which seizes a person and keeps him/her in tension for a long time.

Some time ago my friend spent a vacation in Italy.

She had been dreaming about that trip for a very long time, so I was anxious to see her photos and hear her impressions.

However, it turned out that my friend was extremely impressed not by the trip itself, but by the strong feeling of déjà vu during her voyage through Grand Canal in Venetia.

She told me: “I had a feeling that I had already seen those buildings and even met people who had lived there. I stopped listening to the tour guide and started guessing which houses I had visited earlier.

I got so scared, that this feeling of horror exceeded the pleasant impressions from the trip”.

Interesting fact: Who Am I?

Who studied the effect of déjà vu?

«How come I love having an episode of deja vu? It’s akin to an out-of-body experience, I would think. It sits with me, happily, begging me to delve into my memory to find its match point.»
Rachel Nichols

First, I would like to mention that scientists have always had difficulties with this phenomenon, because it cannot be provoked artificially.

Besides, people who have experienced this effect cannot fully describe the whole range of their feelings or the situation during which it has occurred.

The first scientists who tried to explain the origin of déjà vu were German scholars, and it took place back in the XIX century.

They thought that the reason for déjà vu consisted in exhaustion, which prevented human brain from proper functioning.

The same reason for déjà vu was brought up by the American scientist, Burnham.

However, he reversed the theory of German colleagues, stating that our brain could experience déjà vu in the new place or when seeing a strange object, only after having a complete rest.

Obviously, famous scientist Freud couldn’t stay aside from that issue as well.

He said that the origin of déjà vu consisted in our subconscious fantasies, i.e. once we had dreamt about that place or thing, but had forgotten about that.

Arthur Allen offered a theory which resembled the theory of Sigmund Freud to some extent. However, he explained the occurrence of déjà vu by the forgotten dreams instead of fantasies.

Modern scientists agree on the theory that the occurrence of déjà vu is under the responsibility of hippocampus, the mystical zone of brain, which in charge of the recognition of the objects.

Thus, when you think that you’ve been in this situation before, your brain shows you a similar picture, and you start remembering stuff that has never actually happened to you.

This is called “false memory”.

Why does déjà vu occur?


There have always been many people willing to explain this notion.

Moreover, déjà vu has been studied not only by the psychologists, but also by the priests, psychics, medics and even amateurs.

One of the most proper explanations of déjà vu consists in our memories from the previous life.

People, who believe in reincarnation, love saying that they recognize this palace in Italy because they’ve been invited to the ball there. Very often such things are said by celebrities.

For example, after her trip to Egypt, Tina Turner has numerously repeated that she’s a reincarnated empress Hatshepsut.

Early Christians also explained the occurrence of déjà vu by reincarnation. However, back in the year of 553 main clergymen called this theory heretical and prohibited priests from spreading it.

Nowadays the most popular explanations of déjà vu are:

What is déjà vu and what can be done about it?

Despite the fact that this phenomenon may seem scary and can bring negative emotions doctors state that déjà vu isn’t the reason for panicking.

The statistics also proves that fact, because 97% of the world population cannot be suffering from mental disorders.

If you don’t experience the effect of something “seen before” very often, you should not do anything about it. However, if déjà vu is a frequent visitor in your life and is often accompanied by panic attacks, I’ll recommend you to go through medical examination in order to find the origin of this effect and receive a proper treatment.

If you are seized by the powerful wave of déjà vu, there is no need to plunge into the feelings of fear and worry, asking yourself questions: “What? When? Could it really happen before or not?” Take a deep breath, relax and calm down.

Even the brightest intellects of all ages hadn’t found the exact answer to the question: “What is déjà vu and where does it come from”, so you should not worry so much about this issue as well.

You’d better enjoy your life and new impressions instead of suffering from self-analysis!