The best advice from experts that will help you learn how to stop panic attacks! Save for yourself. 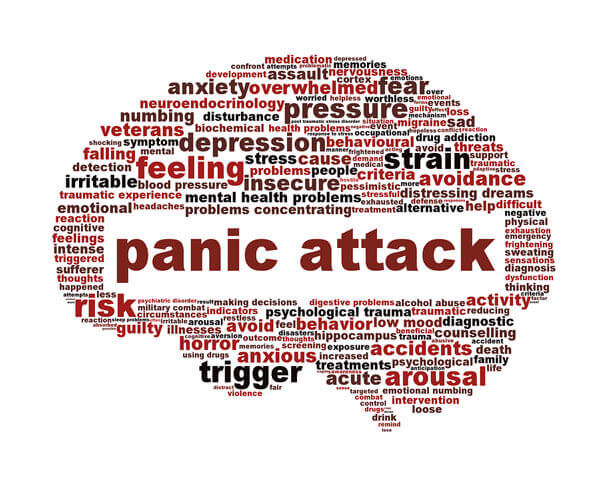 Even the phrase sounds creepy! It increases heartbeat and makes it difficult to breathe. And it will probably be difficult for you even to explain what exactly you are afraid of. Fear seems to appear out of nowhere, without any warning and, after you suffer for a while, it just lets you go.

What is a panic attack?

Each of us has at least once experienced this feeling, when a sudden fear made your heart beat faster, when breath got more frequent and deep, when your mouth went dry — your body is prepared for rapid response to danger and for defending itself, if necessary. These functions are controlled by the involuntary nervous system, sensitive to the emotional impact.

Panic attacks usually progress in the socially active age of 20-40 and may concern both men and women. However, women have them 2 times more often.

Symptoms of a panic attack usually last from 1 minute to 1 hour and occur 2-4 times a week.

In some cases, the attacks disappear for a long time, and then emerge again for no apparent reason. Severity of attacks can vary greatly even for the same person.

If you have ever had that repulsive feeling, you will definitely be interested to know: how to stop panic attacks?

There is a variety of methods, both medical and psychological.

How to stop panic attacks?

“Most powerful is he who has himself in his own power. The most onerous slavery is to be a slave to oneself.”

Of course, the easiest way is to take a couple of magic pills.

Advising the patient how to stop panic attacks, physicians prescribe: tranquilizers, adrenergic blocker and sedatives. They help almost instantly and allow you to quickly get rid of the attack.

If you still want to be poisoned by drugs, then do not prescribe them on your own, be sure to visit an experienced professional to get proper advice and treatment.

Physiotherapy is a more favorable method.

To get the fastest and most effective relief from panic attacks doctors recommend to buy a ticket to the health resort in order to protect yourself from stress, to stop worrying about details, and to devote yourself to treatment.

Again, it is better to consult a specialist first.

It is chosen by brave people like the girl Anya I am going to tell you about.

How to stop panic attacks: a common girl story


I heard Anya`s story on one of psychological at trainings, which had the topic «Panic attacks: how to stop panic attacks?»

She told us that the first attack caught her all of a sudden. One night she woke up abruptly, and in a second she realized she was literally shaking with fear.

She could neither breathe nor quiet her heart and put thoughts in order — nothing worked.

After a while she recovered and the symptoms seemed to have disappeared.

If not for a night shirt, wet with sweat, Anya would have supposed it had all been a bad dream.

Having made a decision not to pay much attention to the incident, the girl tried to forget about the trouble, but the trouble never forgot about her…

The same symptoms of panic attack got repeated in a week, and then after 3 days` interval.

When she got them on the bus, full of people, she knew it was time to go to the doctor. One of her friends knew a good psychiatrist and the girl went straight to him.

The doctor made a correct diagnosis, prescribed dozens of pills and advised to relax more and to take life easier.

Or better yet, to take a vacation and buy a ticket to a health resort.

Anya couldn’t leave everything at once and was quite skeptical about drug treatment, trying to use them only in extreme cases.

That is why she had to look for another way to get rid of panic attacks. A visit to a psychologist was a great help and they have developed a treatment program together.

Read also: 7 steps on your way to overcome depression

How to stop panic attacks on your own?


Anya shared the advice that she received from her psychologist with us. Here they are.

The number of patients who want to know how to stop panic attacks is increasing every year. This indicates the severity of the problem.

If you are fortunate and have never experienced such attacks, it does not mean that this can never happen in the future. It is better to have a weapon in a fight with panic fear in advance!

Useful article? Do not miss the new!
Enter e-mail and receive new articles in mail
2 комментария