Useful tips for becoming a self-educated psychologist. Open up your diary and write them down! 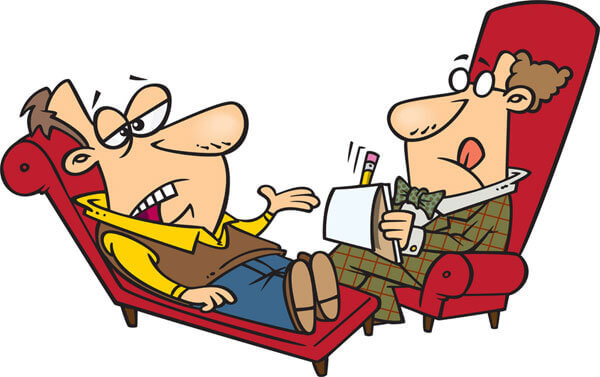 Today on our site “Motivational tips” you will learn how to become a psychologist without any special education.

No, you won’t be a therapist or a counselor.

We will learn to analyze people’s behaviour, watch their gestures and actions.

Unfortunately, even by now we haven’t learnt to read each other’s minds.

But if we pull more light on this question, we’ll see that there’s nothing to regret.

All we need is a careful observation combined with a minimal psychological knowledge.

Remember that about 70 % of the planet’s population shows their desires through their behaviour, gestures, body movements, and mime.

Understanding body language will give you huge advantages.

For instance, your interlocutor’s gesticulation will help you easily understand whether this person is a liar or not.

Besides, thanks to this knowledge, you will stream your conversation into the necessary direction, win your partner’s favour, and get his consent!

This ability will help you both in your professional and private life. Who knows, maybe you’ll use it to have someone fall in love with you! 😉

«Realizing that our actions, feelings and behaviour are the result of our own images and beliefs gives us the level that psychology has always needed for changing personality.»
Maxwell Maltz

An old saying claims, “Eyes are the mirror of the soul” – and it’s truly so.

Human pupils change their size not only because of light.

When your interlocutor is interested in you, his pupils widen despite the level of illumination.

Let’s imagine someone wants to get acquainted with you and is initiating a conversation. He is looking for a topic that will interest you and, in case he succeeds, your pupils will widen and you’ll get unconsciously engrossed with the conversation.

Some people erroneously suppose that if they look their interlocutor right into the eye, he will not lie and share all his secrets.

The direct look usually shows that his owner likes you or is somehow interested in you.

The longer he or she is looking at you, the higher level of interest he shows.

But the reactions can differ if the person conceals something or his conscience isn’t clear.

His pupils can fuss from one side to another, usually from right to left and vice versa.

Also consider the specifics of one’s character: your interlocutor can be simply a reserved or shy personality, maybe he is embarrassed and you can figure it out by means of communication.

How to become a psychologist: pay attention to people’s gestures

Watch your interlocutor: he will accompany his mime with his body language.

He will move his hands or change his posture.

If, while talking, you notice that he tilts his head when listening to your question or answering it, if his hands move actively, but don’t sway, then, most likely, you must have chosen the right direction of your conversation.

But if you notice that he looks aside, sometimes lowers his head, crosses his arms on his chest, and shifts from one foot to the other, then he is bored and just wants to get rid of a speaker like you.

A stretched leg and hands on waist only prove it.

These gestures mean that the interlocutor is getting nervous!

How to become a psychologist: personal space

Any person has his own space which he opens only to his closest people.

If a stranger tries to cross the line (like a guy rudely picking up a girl), then the first desire of the “target” would be to whisk away the insolent fellow and forget about the case.

In the worst case, he can get a good farewell kick of her stiletto.

Well, such things do happen… ))

How to become a psychologist: let’s listen to those who speak


Some people start a conversation and don’t let the listener insert a single world.

They are so boring.

In this situation the listener can instantly lose interest to the speaker’s words as the behavior of the latter is totally disrespectful.

And one more piece of advice… if you want to receive daily emails with fresh and up-to-date information, subscribe to our email delivery of useful and interesting articles! Develop yourself and your brains – don’t let them shrink!

Remember, a reticent, observing, and well-balanced interlocutor makes a much better impression than a chatter-box ignorant to anyone else’s opinion.

Listen to others and respect their points of view!