It is not very difficult to define if a man wants a woman. Words aren’t necessary in this case. Everything is said by this very desire. 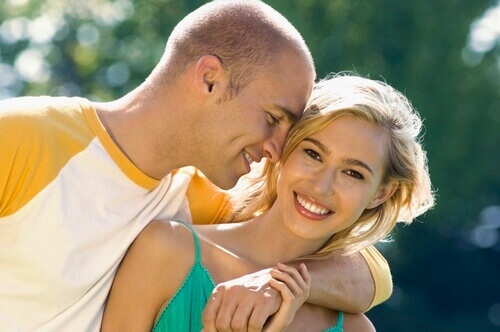 The relations between men and women have always been not easy or simple and reminded of some kind of game.

Nowadays, the situation hasn’t changed – boys and girls are still not accustomed to saying about their feelings, intentions and wishes.

It happens not only because it’s not appropriate to talk about such things, but also because of one more simple reason – men are not always sure about what they want and feel.

However, human psychic consists in gestures, looks and behavior, which can reveal hidden thoughts.

That’s why, if you are attentive and observant, you’ll be able to understand when a man wants a woman. And you don’t need words for this.

Simple indicators which prove a man wants a woman


If a man wishes a woman, she is said to have attracted him by her sexuality. She attracts him and makes him dream of her, find himself in sweet fantasies.

Let’s figure it out. When a male wants a female?

There are many more other signs, but these are the most obvious. You can unmistakably understand your guy feels attraction towards you.

Let’s learn more about each of the signs separately.

Signs of special treatment indicating a man wants a woman


Communicating with a man in a company, you can easily notice when he marks you out among others.

Pay special attention to the way he treats other women – his intonation, speech, expressions, and gestures and where he is looking.

Then compare them with the same criteria expressed towards you.

If they differ much, you can make correct conclusions.

Pay attention to man’s look when he wants a woman


If a man is constantly looking at your lips, neck, breasts and legs, he is sure to want you. Moreover, such looks are usually not intended.

It is the way the strong sex was created – he is attracted to the beautiful parts of women’s body. There is nothing doing about it! So, watch his eyes, because they can say a lot!

It’s especially obvious when you are standing aside. When a man wants a woman, he’ll look at her every few seconds.

Having found yourself in a common company, step aside and observe. While he is busy with his business, for example talking to someone, he’ll look at you once in a while.

If you work together, this is especially easy to notice. Such man will look at your legs, heels, breasts from time to time.

Speaking about work or something else he won’t be concentrated enough and his eyes will show his intentions.

How Do You Know if He Really Loves You?

When a man wants a woman, he shows the signs of affection

Actually it’s quite easy to know if a guy wants you. He wouldn’t hide it much.

It’s more important for women to hide their sympathy and be shy, mystique, intriguing and make men feel tortured by ignorance. The strong sex differs – his representatives are often straightforward, open and persistent.

Men are likely to show signs of affection because he doesn’t just want a woman, he wants to get her.

To achieve it he must persistently pay court to her, present her with flowers and presents, pay beautiful compliments, etc.

The existence of sexual desire will make him buy special gifts and say special words.

It will differ from romantic youthful impulses and is sure to have slight sexual context. This way you’ll be able to understand for sure what a man has on his mind.

If he presented you with sexy linen, peignoir or a gown, you may consider it as an open suggestion, but not a hint.

Though, it happens quite seldom and a man who wants a woman more often presents her with cute trifles – teddy bears, nice bijouterie, bouquets of flowers and sweets.

A man cares about his appearance when he wants a woman


Every man clearly understands he must look attractive for you to be with him.

So, he suddenly changes – wears fresh shirts, smells nice and you can’t even remember when the last time you saw him unshaven was.

His appearance will give you the right answer.

If he is neatly and fresh every time he hopes to meet you, he is probably attracted to you and wants to get you.

When a man wants a woman, he touches her

A woman’s body is the item which admires every man.

If he wants her, he will first of all have an overwhelming desire to touch. It’s easy to differentiate simple, friendly touches from those which bear sexual context.

Gentle and very light touches, as though they are accidental, indicate sexual desire.

You should also know the places which men’s hand reach to most of all. It’s a place a bit lower waist (a well-bred guy is unlikely to grab your buttocks, though he’ll definitely wish it), hair and neck, face, wrists, hips, knees.

Men are always aroused by the women scent. You may notice that he approaches to smell you by saying something in your ear, feeling the scent of your hair, or kissing you and feeling your perfumes.

A man claims superiority over others, when he wants a woman

If you find yourself together with your beloved one in a company with other men, he will do everything to appear better than others.

Men are leaders by nature, they are conquerors and it’s extremely important for them to be the first. That’s why he’ll do his best to look better than anyone in order to achieve your favour.

It’s so easy to define if a man wants you, actually. Everything happens to prove it: the look is roaming and can’t stop on your eyes; he is a bit nervous and is paying you attention as if he is a wild animal who is hunting his prey.

Even the most modest and timid guy cannot hide his desire. It’s too obvious and sooner or later will reveal itself.

Another thing is how you use this knowledge.

A woman is born to be admired, to become an object of lust and dreams.

However, you should stay a woman – behave yourself adequately, non-vulgar and remember your manners and modesty. Only in this case a man will not only have sexual wish, but will desire much more.