Peter Daniels’ advice really works! If you aim at high goals, then this article is for you. 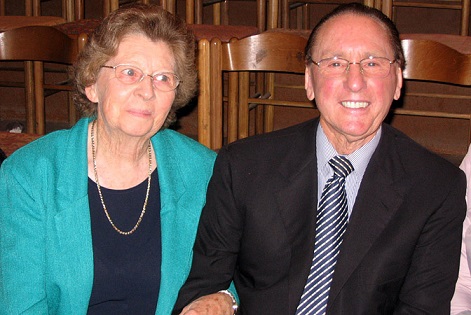 Do you know why many people don’t achieve success and even don’t dream of it? Why don’t they even try to improve their miserable lives?

Because since their childhood they listen to nonsense like “only the rich become richer”, “a poor man without contacts cannot become a millionaire”, “big money sticks to dirty hands”, “nobody has ever been smart in our family, go work as an operator like your dad” and so on.

Boys and girls grow up being deeply convinced that “they don’t have a right for success”.

The subscription to “Motivational tips” gives you a chance to learn about such unique people as Peter Daniels who managed to have changed their lives without a considerable initial capital or parents’ protection.

If he managed, why can’t you?

Peter Daniels: a boy with an unfavourable family background


Problem families exist everywhere even in developed countries like Australia.

Long ago, in 1932, in the southern part of this far state, in a family of unemployed drunkards and criminals scrounging off the honest Australian taxpayers a not very needed boy named Peter was born.

By his full age he had changed four fathers and two mothers, but none of them took real care of him or provided him with necessary financial support.

His surrounding also played its role: children at school avoided a poorly dressed boy from such a problem family that’s why Peter Daniels didn’t cope with studying and remained absolutely illiterate.

Of course, any vocational or higher education was out of question for him.

The young men went to the construction set to both work and learn a backbreaking low-paid job of a mason.

For the first time fortune smiled on Peter when he was 23 and met an amazing girl named Robin.

Later he married her and they lived peacefully and harmoniously thereafter.

Together with Robin, Daniels became a happy father of 3 and a happy grandfather of 8.

Besides marrying Robin, Peter made another wise decision: on May 25, 1959 he participated in the crusade of Billy Graham whose sermons had totally changed a 26-year-old man’s life.

They revealed him the truth: he is by no means worse than other people and his origin and poverty weren’t the sentence without the right of appeal. He could become reach and happy!

Peter Daniels and his way to millions

If a despot like Adolf Hitler can think of 1000-year reign, why can’t you think of a goal that is gonna last 100 years after you have gone?
Peter J. Daniels


Of course, Peter couldn’t radically change his life only believing in his powers.

First of all he learnt to read and began actively using his skills.

At first he bought 3 dictionaries to expand his poor vocabulary; then he started to avidly read about people who gained success.

Afterwards he proceeded to actions.

Peter Daniels decided that a private enterprise was the most reliable way to big money.

He started his own business and… lost.

What would a loser do?

He would think, “My fate showed me my place, it’s all I can have”.

Then he would just return to his construction set. But Peter acted differently: he paid back his debts and started his business from scratch. Again – to lose it all. His new business made him bankrupt again.

Even his wife Robin who had previously supported Peter considered it a sign of fate and began asking her husband to quit it all and find a good job.

But Daniels knew his success was close and was unmistakably right.


A perseverant young man managed to start a successful business only on the fourth attempt.

He launched the real estate company that made him a multimillionaire.

Peter Daniels decided that he didn’t have a right to conceal the secrets of his success and began writing books about the nuances of a successful business. He even founded a business school.

Today, even despite his advanced age, Peter Daniels continues to actively share the secrets of his once achieved success: he gives lectures at the universities, participates in various seminars, conducts trainings on invitations of corporate leaders, gives speeches on radio and TV, writes books and articles.

The advice of Peter Daniels really works: his grandson built a profitable business using the guidelines of his grandfather.

Peter Daniels is by no means a copycat of Scrooge that’s why he generously shares his secrets with anyone eager to learn.

In my opinion, his 10 best guidelines are as follows:

Peter Daniels has personally proved that anyone can achieve unbelievable heights if he wishes so. A boy from a poor family didn’t repeat the destiny of his unlucky ancestors and didn’t end up in slums.

He became happy, rich, and successful. Do you still keep whining firmly glued to your coach?