Interesting facts about the history and development of google. Share with your friends! 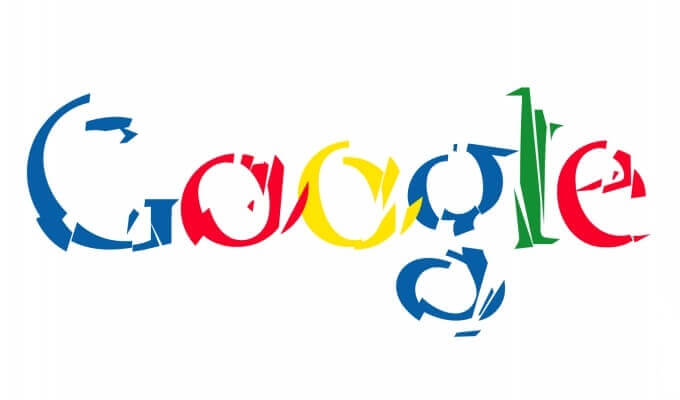 To look up something in google, to google new information, google knows everything…

These popular nowadays catchphrases have become the integral part of our lives owing to two post-graduate students of Standford University.

Twenty years ago they decided to create a new search system in order to defend their scientific project.

History of google is really unbelievable, but what is even more interesting, is the life story of its creators, who managed to make their project very useful and successful.

History of google and what preceded its creation?

It happened when one of the students of Stanford University, American of Russian extraction, Sergey Brin decided to make a tour around its campus for a group of students.

One of the students in this group was another gifted American, Larry Page. Their little argument with Sergey that started from the insignificant trifle, developed into a strong friendship, which later led to effective cooperation.

In a year two friends, who both were post-graduates at Stanford, decided to surprise their university professors with their research project, search system “Page Rank”.

Already existing search systems didn’t work very successfully, as they tended to find only texts with the biggest amount of key words. Sometimes useless texts appeared first on the list just because of the bunch of spam (key words, mostly used out of a place).

P.S. I’m sure, that some of you don’t know the meaning of the term “key words”.

In this case I would recommend you to open google and search “what does a key word mean?”  😯

Larry Page decided to change the principles of already existing search systems, drawing the analogy with the acquisition of authority in scientific sphere.

The more talented is the researcher, the more unique scientific works he has written. Thus, his works are more often used by his fellow researchers, who refer to his works in their own projects.

“Page Rank” also worked by this principle: information ranking was done not due to the amount of key words, but according to the quality of texts and the amount of references to these texts as to primary sources.

Such approach became an epoch-making innovation.

Internet users received the opportunity to find information by the qualitative algorithm, instead of the quantitative one.


Page and Brin invented a great search system, but they still needed a short and catchy name for it.

Having examined a dozen of different options, Page and Brin chose the modified version of the word “googol” (a huge number: one with a hundred of zeros).

Since 1997 all professors and students began using the new search system, having admitted its convenience.

Original design of the main page (many-colored letters on white background) is not the creative work of professional designers; it’s the result of lack of money of future billionaires.

They didn’t have enough money to hire at least a cheap and rather bad designer, that’s why they decided to create a company logo on their own; this didn’t cost them any money.

History of company creation was coming to the end; however its ascension to the peak of popularity had only started.


The year of 1998 turned out to be very successful for Larry Page and Sergey Brin.

They registered their company, “Google Inc.”, rented their first office (it was situated in a garage, but what did it matter?), hired 3 employees and received their first $100 000-cheque from Andy Bechtolsheim.

And here it started…

However, the turning point in the history of google was the year of 2004. The shares of the successfully developing company were thrown onto the stock market, and its creators became billionaires.

What is happening to Google now?

«Google is my best friend and my worst enemy. It’s fabulous for research, but then it becomes addictive. I’ll have a character eating an orange, and next thing I’m Googling types of oranges, I’m visiting chat rooms about oranges, I’m learning the history of the orange.»

Despite the fact that Larry Page and Sergey Brin became unbelievably rich in the 2000s, they didn’t stop working. Programmers decided to improve their search system by adding some extra services to it.

Today we are able to use electronic mail (Gmail), social network (Google+), programs that help to work with documents (Google Docs) and pictures (Picasa) and many other useful programs.

“Google” Company was started as a service in English language, but owing to specially written algorithms, now it can search information using existing languages, dead languages (Latin), and artificial languages (Esperanto). Nowadays this search system is used all over the world. Its popularity is simply unbelievable!

During holidays and special occasions the company logo becomes animated or changes its design.

If you click on it, you can get to know more about the occasion, following the reference.

By the way, this is a good method of self-education.

A few words about Google creators…

Sergey Brin (born August 21, 1973 in Moscow, USSR) was brought up in the Russian Jewish family.

His parents were mathematicians.

They moved to the USA when Sergey was only 5.

Sergey has always been thankful to his parents for that, and he has mentioned it in many interviews.

After graduating from school, Sergey entered Stanford University, where together with Larry Page their started deducing their formula of success.

In 2006 he married a talented scientist, biologist Anne Wojcicki. Couple gave birth to two children, a boy and a girl.

He is one of the richest people in the world (14th on the Forbes list).

He is married to a beautiful and smart blond, Lucinda Southworth, who is a doctoral candidate in bioinformatics.

Both men lead a quite modest way of life, despite their huge bank accounts.

As you can see, the history of google is quite interesting and full of surprises.

I think, we all should be very thankful to Larry Page and Sergey Brin for their creation!