We offer you Top-10 best logic books. Here you can read their short summary. 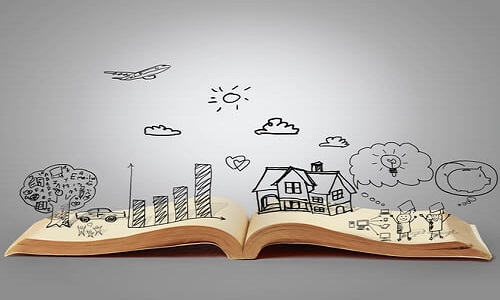 In this article we have gathered best logic books which can help you to extend your knowledge of logic and improve your logical thinking.

How can you find out which of the rooms is occupied by a beautiful princess and where is a fierce tiger? Is everything alright at the mental psychiatric clinic of Doctor Tarr and Professor Fether? Is there a way to figure out which of the residents of dull and scary Transylvania is a frightful vampire? The answers to these questions you can find in one of the best logic books – “The Lady or the Tiger?”

A cunning and smart Inspector Craig from Scotland Yard encounters with such strange situations almost every single day, and he always solves them successfully. However, today Inspector has to find a solution to a very difficult task – he must decipher the code to the unusual lock of the locked safe. Having realized that he would not be able to fulfill the task on his own, Inspector asks for help two of his friends, the specialist in mathematical logic and the eccentric inventor of digital coding machines. Together they go on a fascinating journey sliding on the waves of mathematical logic and making amazing discoveries.

The books that help you the most are those which make you think the most.
Parker

This book of the famous American mathematician and logician Prof. Raymond Smullyan continues his series of works on entertaining mathematics. It was inspired by the famous masterpiece by Lewis Carroll – “Alice in Wonderland”. The digest consists of more than a hundred of different logic puzzles, paradoxes and hacks.


This book by Raymond M. Smullyan is, probably, the best and most fascinating digest of logic puzzles and one of the best logic books in the history.

It consists of approximately 300 of logic conundrums. Some of them are quite easy, but some of them are very difficult to solve. All puzzles are grouped into different categories. The characters of Smullyan’s book are very interesting. Here you can meet Knights and Knaves, Alice in Wonderland, Bellini and Cellini, and even horrifying Dracula.

If a person says “I’m lying”, is he/she telling lies? Why do physics and mathematicians have different solutions to the same problems? How to recognize a vampire in time?

You may find the answers to these and many more other serious questions in the abovementioned wonderful logic book, and maybe, you’ll even figure out “What Is the Name of This Book?”

Smullyan’s digest is great for everybody who likes to train his/her brains.

Important facts: What books to read to become smarter?

“A Tangled Tale” is a book where Lewis Carroll, the father of “Alice in Wonderland” and “Alice through the Looking-Glass”, has gathered many interesting mathematic puzzles and sophisticated paradoxes.

The fifth item on the list of best logic books contains more than a hundred of different puzzles. The personages of every story in the digest are quite famous – these are the characters of popular detective stories by the famous English writer, Arthur Conan Doyle: Sherlock Holmes, Doctor Watson, Mrs. Hudson and others. Every puzzle contains exercises that can help to expand one’s vocabulary and develop oratorical skills. At the end of the digest you will find the answers to the tasks and puzzles from this logic book. The textbook is aimed at pupils of 5-6 grades of schools with the advanced study of English language, high school students, teenagers who study at specialized schools and gymnasiums, and also at everybody who wants to improve his/her knowledge of English and train logic skills.

The work of the acknowledged genius in mathematical logic, American scientist Raymond M. Smullyan has become very popular all over the world. He has been known as the great author of best logic books. His digests on entertaining mathematics, such as “The Lady or the Tiger?”, “What Is the Name of This Book?” and “Alice in Puzzle-Land” are well-known even in Russia. Inexhaustible inventor, fantastic humorist and unbelievable innovator Raymond M. Smullyan presents his logical puzzles in literary form of short stories, parodying famous “Arabian Nights”. His characters behave and talk like the personages of “One Thousand and One Nights”. Professor will tell the readers all the truth about Scheherazade and her further adventures. “The Riddle of Scheherazade” is considered to be the best logic book among other Smullyan’s works.

Molly Lauck, a saleswoman from the fashionable boutique, was poisoned. The members of the Frost family, who are related to the owner of the company, hired the famous private detective Nero Wolfe to investigate this case. However, their own behavior seems quite suspicious. Meanwhile, the new murders happen.

It is more a detective story than a scientific work, however, it is still considered one of the best logic books ever.

Petunia didn’t marry Vernon Dursley, she got married with a college professor, and thus Harry found himself in more favorable atmosphere. He took private lessons, discussed different matters with his stepfather, and what was the most important change in his life – now he could read books! He read plenty of different works of science fiction and fantasies. Being only 11 years old, Harry already knows the principles of quantum mechanics, probability theory and other useful things. Besides, he grows up being a very rational boy, and it is much better than being bitten by a radioactive spider.

Read also: How to expand your vocabulary?

It is a fantastic novel written by the author of the world bestseller “Empire of the Angels”. The famous French writer invites his readers to penetrate through the mysteries of human mind. A scientist of genius plays chess with a computer. The winner will receive the title of the world champion. And the scientist wins! The whole audience greets him with applause. Suddenly the winner dies and the journalists start their own investigation of the case.

Such genre is quite extrinsic for Werber, however, he has managed to appear on our list of top-10 best logic books!

Military doctor John Watson returns from Afghanistan to London and starts searching for a cheap apartment. His new room-mate is a mysterious Sherlock Holmes, an amateur detective, who manages to solve the most complicated crimes.  When a number of puzzling murders totally confuses the police of London, the skillful Sherlock starts his own investigation!

Conan Doyle is great at inventing different logic mysteries, and that’s why he is also one of the authors on our list of best logic books!

If you know any other useful books on logic or if you want to share your impressions about the abovementioned works, you can leave a comment in the frame below.
Useful article? Do not miss the new!
Enter e-mail and receive new articles in mail