The inspirational life story of Barbie Guerra, a woman without hands. Are you still complaining about your life? 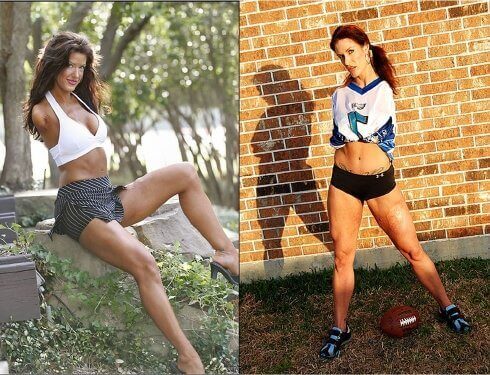 If you had known how often people say the following: “I can’t do this”, “I will not succeed”, “This obstacle is insuperable, I have to give up”, “I’m tired, I don’t want to go further”, and what is even more horrible, “I hate my life”… I can bet you would be terrified!

People, who have been granted enough opportunities to reach the top, waste their lives just because they don’t want to make any efforts!

They don’t try to gather their will-power and tell obstacles on their way: “I can do everything! I can and I will!”

The choir of whiners receives a new weeping member every day, and it seems that this will never end.

That’s why it is twice as much pleasant to read such stories, as the biography of Barbie Guerra.

It is a story about a girl who lost both of her hands in her childhood, but managed to fulfill tasks that most healthy people aren’t brave enough for (according to statistics, nearly 80% of people complain about their lives every day).

Nevertheless, Barbie has managed to overcome all difficulties and become a strong and successful woman!

The accident that has radically changed Barbie Guerra’s life


Once a family in the American town of Pasadena gave birth to a girl.

Their baby was so beautiful that they decided to call her Barbie.

The girl was an average child until she turned two.

Parents surrounded her with their love and care, and she felt quite happy.

The family lived in a block of flats, with a lack of space for playing games, that’s why Barbie liked to play in the yard.

The little girl saw a transformer and decided that it would be very funny if she tried to climb up on it.

Taking advantage of her mom being distracted, Barbie Guerra climbed up the transformer and grabbed the wires.

She regained consciousness in the hospital.

Her hands burned to the bones, and doctors had to amputate them.

However, that was not the most horrible thing: the doctors were afraid that the girl wouldn’t survive.

But Barbie’s parents prayed hard for their daughter’s recovering, and she really started to feel better soon.

Barbie Guerra: “I will never give up!”

“You will never achieve anything in your life if you make efforts only when you feel good!”

Despite the fact that the girl’s life wasn’t in danger anymore, there was another obstacle that she had to overcome – Barbie had to start living without hands.

I’m sure that many people would start weeping and complaining, but Barbie was a unique girl!

She decided to become happy despite all difficulties!

She didn’t have hands, but she had strong and healthy legs!

She used them for hugging her mom, for eating, for holding things… She just wanted to do something, even if it had to be done with her legs!

No doubt, that the girl’s new life was very difficult, but she tried to adjust to it.

There were moments in Barbie’s life, when she lost self-confidence and started doubting the use of her efforts. She was afraid to remain a handicapped person and become a burden to her parents.

Thanks God, her parents didn’t allow her to think that way, supporting all actions of their child.

This parental support helped Barbie not only to overcome all difficulties, but to become famous as well!

One more thing:  Barbie doesn’t imagine her life without religion and faith now.

She is convinced that God saved her life after the accident with the transformer, though doctors thought that she was rescued due to her shoes with a rubber sole).

While many people start accusing God of all misfortunes that take place in their lives and crying: “Why did it happen to me?”, Barbie started believing in God and praising Him for her rescue, and she has never stopped doing that.


I know a few girls who are young, smart, pretty and healthy, but who lack self-confidence so much, that they deprive themselves of the right to happiness and love.

Fears: Barbie hasn’t suffered from the usual fears before the first date – unwillingness to improve oneself, bad temper, self-importance etc.

She tried to be optimistic and believe that her physical defect will not prevent her from becoming happy.

You can doubt that, but it actually happened that way: Barbie met a wonderful guy whom she suddenly fell in love with. She became the best wife in the world for this person!

The couple had two kids.

A woman without both hands managed to take care of two children!

And she was doing it so successfully, that later the couple decided to adopt two more children.

A large family doesn’t suffer from their mother’s physical defect.

Barbie wasn’t afraid to take responsibility for somebody else’s children and managed to surround them with love and support.

Thanks God, she isn’t one of those good-for-nothing women who don’t want to complicate their lives by having a child, and just have an abortion or throw their child on the rubbish heap!

Barbie Guerra: “Sport is not only for healthy people!” 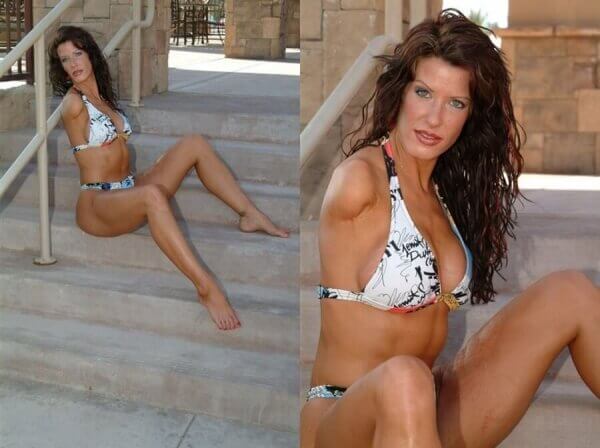 When you go to college or work in the morning, look around!

Count how many “elephants” with tons of fat on their bodies you see.

These people are pathetic human beings, who can’t give up their habit of glutting themselves with food, and who are too lazy to do morning exercise because they think that they are already beautiful and deserve to marry Prince Charming. They wonder why they haven’t yet met at least the Prince’s white horse, who ran far-far-away when it saw that “elephant”.

What is even more amazing on the background of these lazy couch potatoes (who, by the way, aren’t handicapped), is the story of Barbie Guerra, who has managed to make her body perfect without both hands!

During her leisure time she wasn’t lying on the couch, soaking TV trash, she went in for sports and became a fan of bodybuilding.

A beautiful, vivacious woman with a perfectly sculptured body manages to attract not only the referees and spectators of the contest, but other participants as well. When they see her, they forget about their competition and ask Barbie to take pictures with them, admiring her will-power.

The story of Barbie Guerra is the evidence that every person is a master of his/her own life!

If we don’t see the purpose of our life, we shall not blame God, fate or other people for this, we shall blame ourselves!

Now a 36-year-old woman with a doll name is a happy wife, a loving mother and a successful athlete.

She drives a car (YES!), likes dancing and spending time with her friends, covers her body with piercings and tattoos, and ignores people who thought that her life ended with the loss of hands.

A girl without hands managed to become happy despite all difficulties on her way.

And you have to keep in mind, that she had a lot more difficulties that healthy people. Nobody could guarantee her success.

She could become one of those crippled who end up in a shelter, being totally alone. However, Barbie Guerra had things that many people lack, such as will-power, craving for normal life and belief in her own success!

I highly recommend you to watch a short,

Are you still complaining and whining about your life?! Shame on you!