Professional advice: why not lend money? Chalk it up! 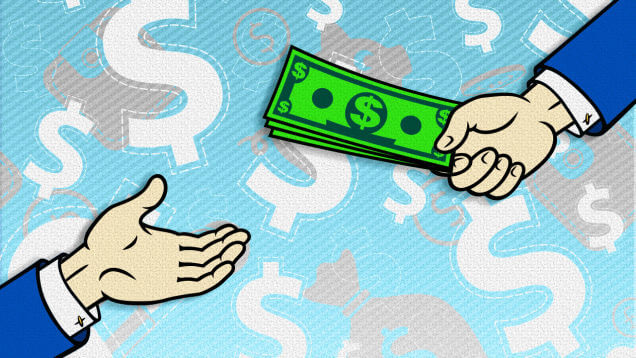 I suppose every person has at least once faced a conundrum: should I lend money or not?

This question specifically bothers those who are dangerously poplar among beggars.

Today we’ll talk about an insidious species “regular beggar” and explain why you shouldn’t feed these cadgers from hand. Also we’ll help you to avoid mistakes of very generous lenders!

Lending money: a real need or a way of life?


Almost all of us know a person (and the unluckiest ones – even several people) that are nuts about lending money. Usually they do it not because of necessity, but because they really think it a better way of life.

Well, really, why plan your future, why optimize your expenditures or limit your desires, why collect money for the longed-for purchase when you can play a smart aleck (of course, from the beggars’ point of view) and borrow the sum you need.

And you, the kindest soul in the world, give money for the beggar’s computer/ cool leather jacket/ a box of ice cream (and what not) and everybody is happy.

The problems start when you hint it was high time you got your money back.

And then expect your debtor to…

Of course, this list of possible manipulations isn’t exhaustive, but it explains a lot.

Why not lend money?

«The surest way to ruin a man who doesn’t know how to handle money is to give him some.»
George Bernard Shaw

Experts unanimously answer the question, “Should we lend money?” They all say definite “no”!

This “no” is especially persuasive regarding lend-and-borrow relations with family and friends. All financiers and psychologists don’t advise that!

Plenty of proverbs say, “Friendship and money: oil and water”, “Where money begins, friendship ends”. It proves that you shouldn’t be a lender for your close people.

Of course, in some situations your most trusted relatives or friends can borrow money for having their sick child operated. But this is rather an exception from rules and still, you must think more than twice before lending money!

We all like appreciation and thus, experience troubles when refusing to assist our closest people.

But if someone near and dear lost his conscience in elementary school, be ready to get another duffel bag of troubles and tons of rebukes!

Two of my friends experienced that.

Max didn’t doubt a minute when his friend Alex asked him to lend money for his new car.

Alex needed 10 000 dollars and planned to use this car for his business.

Max worked abroad trying to make money for an apartment. Once, after his regular return from the foreign country, he brought exactly 10 000 dollars and, instead of putting this money into a bank, decided to help Alex.

Happy Alex bought a car and began developing his business.

Max didn’t hurry Alex with his payback. Alex pretended he didn’t owe anyone a thing and every time Max timidly asked, “Didn’t you collect the necessary sum yet?” or “Couldn’t you at least give me a part of the debt?” he briefly snapped “No!”

So, a year passed.

Max worried and began insisting on having his money back. Alex pulled on the mask of a victim and began complaining all his friends, “I thought he was my friend and he is a callous money-maker! He shakes my soul out of me because of some ten thousand while making millions!”

The story had a sad ending: Max addressed unlicensed collectors (to put it simply – bandits) and Alex easily returned the money within a day. But, of course, their friendship ceased to exist.

P.S. Don’t forget to subscribe to our email delivery of articles and get all the updates! Consume only useful information and gradually change your life for better!

Spoiled relations aren’t the only reason why you shouldn’t lend money.

First of all, money doesn’t like to be neglected. It gets offended and moves to a more economical owner.

Bank deposits, securities, investments in gold or real estate – these are not only the means of saving money, but also of multiplying it.

What should you bear in mind before lending money?


Once again I’ll repeat for those who missed it, “Don’t lend your money!”

But if you decided to do this unwise thing, try to secure your funds at most.

The best advice for saving money

Follow this advice and you won’t beat your brain out whether to lend your money or not:

I hope now you know why you shouldn’t lend money and what risks you can encounter.