Do you dream of big money? Then learn how to make it using our tips. Start now! 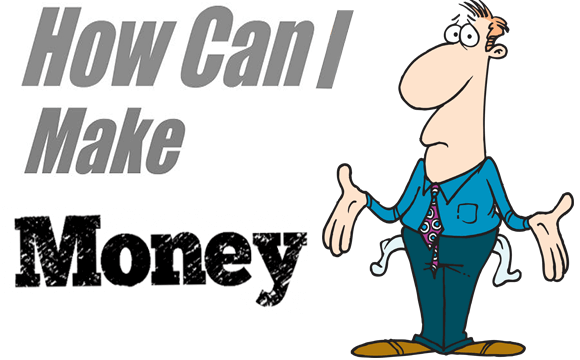 Not long ago I asked myself a question “How to make money?” and began thinking about that…

Many people picture this opportunity vaguely, without certain goals. All of us want to get as much money as possible without any effort. We don’t want to work, to think, we only envy such moneybags as Zuckerberg, Trump, Branson and so on.

But they weren’t born with millions in their pockets!

As for the western millionaires, they all gained their wealth by means of hard work. Day by day they were pursuing their goal, overcoming any obstacles on their way.

But if we spotlight ourselves, we will only hear complaints about hard life.

Just look around and you will see tons of people aiming at 2, 3, or even 4 professional degrees to get a secretary or an averagely-paid manager job.

And how many people are afraid of losing their stable job with a next to nothing salary, thus, languishing in poverty and taking a loan on top of it!

How to make money in the Internet on dupes?


Interested in the question, I browsed the web and figured out that most sites make money on naïve fools, tricking them out of money.

How do they do it? Easily!

Almost every site promises a wondrous deposit which can double the sum you put on it.

Nonsense, isn’t it? But some people believe it.

The World Wide Web is full of such swindles. They are upgraded and tuned, the new ones being invented and the old ones being reused. It all happens because of people’s thirst for easy money and their reluctance to work.

Believe me, it’s impossible to make much money in a wink of an eye.

Except you decide to rob a bank, but only a few madcaps can do it.

Read also: 10 ways to save money

How to make money on mediation?

Money spent on the brain, is never spent in vain.
Proverb

Mediation is the easiest way to make honest money. But for some reason many people feel shy to get paid for this kind of service.

Here is an example. A friend of mine works in a plumbing shop.

They don’t have a full-time plumber so my friend always calls her friend and he installs plumbing for a set pay. In this situation, though providing a client, my friend is simply shy to ask for her share.

But do you think it right?

They say, “Friendship and money: oil and water”, so, in this case there is no point in being shy. It is better to discuss the conditions of cooperation from the very beginning.

How to make money out of thin air?


This way of making money is suitable only for the most resourceful and enterprising people.

In this case you’ll have to create some unique service or goods and introduce them to public.

If everything goes smoothly, in five years you’ll be swimming in a pool of money.

Mark Zuckerberg’s Facebook is one of such unique ideas.

If you consider Zuckerberg’s project an unachievable dream, I’ll give you some more examples of making money out of thin air.

Moscow and Petersburg’s “businessmen” decided to sell foreign tourists canned air at the price of 300 rubles per jar.

Needless to say, they sold empty jars, but tourists were buying them and even thanking the vendors!  🙂

In some countries, enterprising people deliberately buy plots of land in particularly picturesque places, build houses on them and then get paid for showing tourists their beautiful property.

How to make money from money?


Besides mediation, deceiving naïve users and out-of-the-box brainstorming you can make money from money.

Having collected certain funds, you can invest them in shares, business, gold and so on.

And I didn’t promise you easy solutions! Robbing banks isn’t easy either; it requires a serious preparation, sometimes longer than a year. So it’s up to you to decide whether to take risks or to remain a whiner.

Why will you never start making money?

No matter how strong your desire for richness can be, there’s a 99 % guarantee you will remain a regular money-dreamer.

Money-making requires work, the activity of grey matter, early awakening, following stock exchange rates and so on. But you would enjoy being a couch potato with a can of beer complaining about your life. What a pity!

The most interesting thing is that a lot of people know how to make money, know how to start their own business, but they always find some excuses till next Monday, next year, or until pigs fly.

But the door can be opened right now and your desire is the only key!