What is networking? Building business with networking: 10 main rules. Chalk it up! 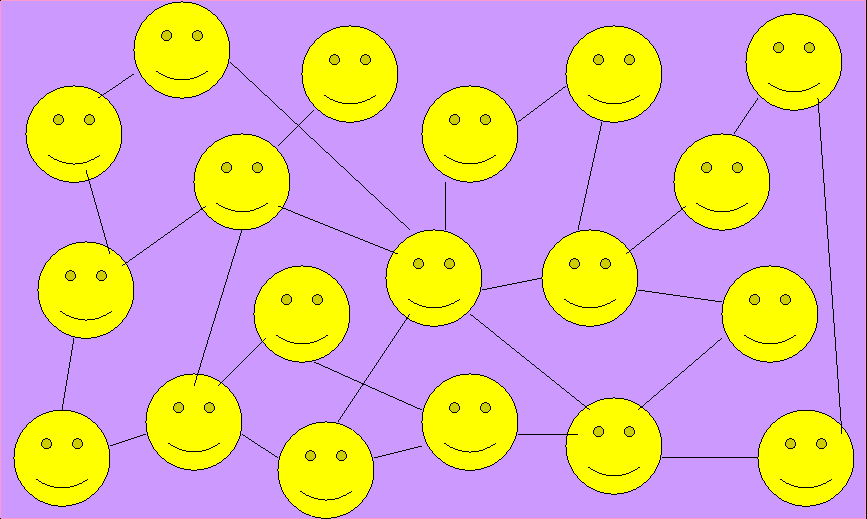 Several years ago I came across a trendy word “networking”.

Of course, I asked myself a question, “What is networking?” and it turned out to be just another word for “useful acquaintances”.

Having found the answer, I even forgot to think about this notion, but recently it has been so widely used (and sometimes quite out of place) that I decided to devote a whole article to this term.

So, what is networking?


A dictionary says that this word consists of two stems: “net” and “work”.

For instance, you didn’t think of registering your child for the kindergarten right after his birth. You simply didn’t know you would be so short of preschools when your child grew up! Anyway, when your little boy or girl was 2.5 years old, you went to the nearest kindergarten and heard its director laugh, “Mommy, don’t you know in which country you live?” After these words you left empty-handed.

But if you decide not to give an inch, here are three things you can do:

The last option is the least exhausting and money-consuming, but you might end up having no common acquaintances.

In this case it’s high time you remembered about the theory of six handshakes – one of the basics of networking.

Two talented American scholars Milgram and Travers were the first to introduce this idea in 1960.

They stated that all people in the world know each other either directly or through other people. And this chain, connecting us with anyone on Earth, consists of six acquaintances (handshakes).

I recommend: What is teambuilding?

How long have you known and used networking?

«Networking is an essential part of building wealth.»
Armstrong Williams

In tsarist Russia you could get a cushy job with a recommendation from a famous nobleman or those close to him.

In the Soviet time contacts also played a very important role especially if people needed to “get” some rare goods.

Let me share with you one of our family stories.

In the time of total lack of goods my grandma somehow managed to get trendy, as for those times, stocking boots for my mom.

She could do it because she knew the right shop-assistant!

Today we solve lots of issues due to our useful contacts rather than money.

Quality medical treatment and education, a wide range of jobs can be at your disposal if you have someone influential by your side.

This is networking in action!

Several years ago a Russian research centre conducted a poll among the citizens of the country.

They were asked to which extent useful acquaintances influenced their life.

It turned out that a quarter of the participants couldn’t see promotion without contacts; a half asserted that contacts certainly made life easier, and only another quarter was sure they could make it on their own.

As you see networking really rules.


As well as other trends and phenomena, networking has a number of rules and conditions.

And if you follow them, you’ll find the formula of success!

Now you can answer the question “What is networking?” and benefit from this useful way of cooperation when looking for a job, changing your marital status, improving your living conditions, and, generally speaking, when making your life more interesting!