To figure out how to manipulate someone, you should perfect your skill of manipulation and try different approaches. 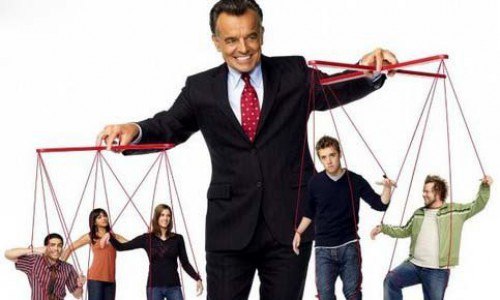 Manipulating people is a great way to get what you desire – from promotion to a romantic adventure from the beloved one.

In order to make head or tail of the topic how to manipulate someone else, you must develop skills of manipulation and test different methods.

If you don’t want to lose any more time and start learning such an interesting craft, fasten your belt and get ready to travel to the world of manipulations.

How to learn to manipulate people?

Working techniques to manipulate someone.


1. At first ask to do something impossible and then something quite ordinary.

If you are eager to manipulate someone, you should ask for something absolutely unreal so that you were refused.

A bit later ask a more adequate favour that will seem very easy compared to the previous absurd request.

For example, if you want your employee to come to work earlier than usual, just ask him if he would like to lead a new project. Add that he would have to come to work few hours earlier every day during next several months.

You are sure to see him shaking his head. Then you ask: “Could you come earlier tomorrow then? I need a hand in packing these documents.”

This time he is more likely to agree.

If you wish to achieve what you need, convince someone in his deepest fears and then lessen the tension by saying some good news.

This way he’ll be so happy everything turned out well that he will be ready to do almost any favour you want.

Such a mean little trick will sooner or later bring its fruits.

For example, you can say to your friend the following: “You know, when I was driving your car, I heard some weird noise. I even thought it was going to break down. But then, you won’t believe me, I realized it was a radio.”

Make a pause and give your friend time to come around and say: “I was thinking, maybe you’ll lend me your car for a couple of days?”

Feeling of guilt is one more unpretentious technique to get what you desire, if you met a guy suitable for this.

Firstly, find someone who is inclined to feel guilty. Then, let him feel guilty for being a bad parent, friend, boyfriend or girlfriend only because they don’t give you the needed, regardless of the ridiculousness of your request.

If you wish your parents feel the guilt, just say to them that your life is fool of torture and suffering because you aren’t allowed to make your own decisions.

In case you would like to make your friend feel guilty, remind him how often you helped him and, by chance, how often he let you down.

If it’s your boyfriend or girlfriend, say: “No, it’s fine, I expected this from you.” This way you are sure to make him feel guilty.

Define the thing someone needs and give it to him.

Don’t do it too trivial. Make it happen as if you wished to do something good for the person to thank him for his favour.

Since all commitments oppress people, they want to get rid of them as soon as possible.

How to Be a Trustworthy Person?

Pretend to be a kind and selfless person who, under some extraterrestrial reason, has to pay for all sins of humanity.

Pretend to be a fool. Say: “I can’t simply imagine I did something wrong.” Let it sound as if you are sincerely perplexed by the surrounding problems.

Say: “Nothing doing, I got used to it.” Make someone feel guilty that you are surrounded only by indifferent people who never help you.

To conquer the rational representatives of mankind, you must use logic and analytic thinking.

During the presentation of your request, use at least three logical reasons till they realize how this favour will bring benefit not only to you, but to the executives of the request as well.

Speak rationally and don’t lose your calmness during the presentation of the essence of the request.

If you want to convince a rational person, hide all possible emotions from your face and voice; otherwise don’t wait for mercy.

Behave yourself as if the thing you want is the only logically-grounded deed.

Regardless of the method you use, do not lose the image and never admit manipulating someone.

Even when you are suspected in it, you may say: “I can’t believe I hear it from you!”, it will make someone feel guilty for his suspicions.

As soon as you admit manipulating someone, you’ll never get loyalty from this man.

Studying and practicing how to manipulate someone, you’ll always be risking. By frequent attempts to manipulate people you might fall out with close people and deprive yourself of friends, respect from boss and colleagues. Be careful and attentive!