Are you torturing yourself with a question: “Is there life after death?” Read exclusive information based on real facts! 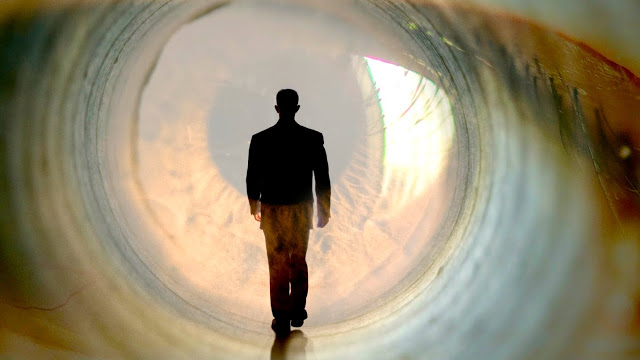 Sooner or later each of us loses a close relative or friend, who has been very dear to us.

Nobody can avoid death.

However, we all would like to think that there is something after death.

We want to believe that the soul of close person continues its existence and watches us from somewhere above, or can be eventually reborn in another person.

And this faith into life after death helps us to cope with our painful loss.

This flicker of faith is supported by numerous incredible stories of people who have experienced clinical death. Their recollections about the other world are really impressive. There is no doubt that many doctors are very skeptical in this regard.

They can enumerate thousands of reasons and proofs in order to call such recollections simple hallucinations caused by lack of oxygen.

Doctor Alexander Eben, a famous neurosurgeon, also treated stories about clinical death with suspicion and skepticism and didn’t believe in life after death.

Neither did he believe in the existence of the other world; moreover, he even sympathized with people who believed in God and the divine spark.

Doctor Eben was brought up in a family, where science was preferred over the religion.

His father also worked as a neurosurgeon.  Doctor Eben liked repeating: “I know what human brain experiences during clinical death, and thus I can easily explain seeing tunnels and bright light”.

What is the meaning of life?

However, Eben’s mind changed in 2008. Doctor happened to find himself on the verge between life and death and stayed in the coma for 7 days.

As you know, such term leads to the complete stop of human brain functioning.

When Doctor Eben recovered, he started telling everybody that despite the fact that his body and brain were not functioning, he was able to think and realize what was happening around him. Moreover, he claimed having travelled to the other world, and he called this world Paradise. Doctor said that his trip seemed and felt absolutely real.

In fact, our life actually doesn’t end with death, no matter how ironically this may sound.

«Death is only a level crossing from one life to another, from life in its beginnings to life in full achievements. From this incomplete life to that transformed one.»
Raoul Plus 1882-1958


Doctor said that first of all he rose up to the sky and floated between clouds. There he saw some creatures, which reminded him of angels.

They were sparkling and shining, and they left traces of light behind them.

Also, they were radiating very beautiful music. According to the doctor, these sounds gave him the feeling of peace and joy.

One of the angels became Eben’s guide.

Doctor Eben stated that the angel was a woman, and he even vividly described her appearance: “She had blue eyes, gold yellow braided hair, and beautiful weightless clothes of blue and peachy colors”.

Doctor Eben didn’t use words for communicating with angels, but their words reminded him of light wind. One of the phrases, said by the angel, was so memorable for him that he told it to us: “You are loved and cherished, dearly, forever. There is nothing to fear. There is nothing you can do wrong. We are going to show you this world, but then you will return home, your time has not come yet”.

Angel showed Alexander the place, where God lives. It looked like a giant eternal emptiness, but it was filled with love and peace.

Very soon Doctor returned to his own body. He had a chance to understand himself that indeed there is life after death!

Doctor Eben decided to keep these recollections secret from his friends. He started going to church and released his own book “A Neurosurgeon’s Journey into the Afterlife”.

“Our eternal spiritual self is more real than anything we perceive in this physical realm, and has a divine connection to the infinite love of the Creator”.

What is even more unbelievable is the fact that all stories of people who experienced clinical death are very alike. However, there are a few people who claim visiting Hell instead of Paradise, and their stories are truly horrifying.

No matter, whether we believe in life after death or not, we should always be kind-hearted and never harm other people.

Our life in this world is very short, and we can’t tell for sure what will come next. We can only have a bit of faith here and hope for the better there.