Oprah Winfrey is a unique TV host. Her opinion is always taken into account, and she influences Americans more than any statesman! 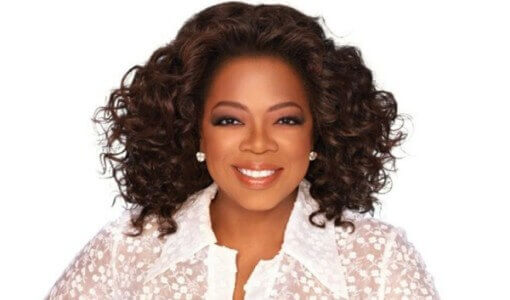 It is very difficult to reach the peak of success if you don’t have any interest in people who’ve already reached it.

If you subscribe to my articles emailing, you’ll be able not only to receive psychological recommendations, but also biographies of such successful people as Oprah Winfrey.

The secrets of success of a legendary host will be useful not only for journalists, but for every single person who wants to become a real professional in his/her sphere of interest.


Oprah Winfrey was born in a small town in the state of Mississippi, USA. The girl was initially named “Orpah Gail” after the biblical character. Nobody knows when and why the letters in her name changed their places and she became “Oprah”.

There are several theories: some people state that the obstetrician must have mixed up the name and wrote it down incorrectly; others suppose that the girl’s parents had difficulties pronouncing her name and changed it themselves in the documents.

The parents of the star-to-be were not officially married.

Oprah lived with her grandmother for a while.

The woman had ill temper and always punished her granddaughter even for the smallest mischief, beating her with a stick.

The girl’s life came to normal when her mother, who was a very kindhearted woman, came for her 6-year-old daughter and moved with her to the town of Milwaukee.

The period between Oprah’s ages of 8-14 was full of contradictions. According to Oprah, it looked like that:

When she was 14, Oprah got pregnant (only God knows who was the father of her child), and gave birth to a dead baby.

Her mother was so angry and disappointed that she hadn’t managed to cope with her daughter’s temper that she sent Oprah to live with her father in Nashville.

Her father Vernon who started as a miner but managed to become a city council member, vividly understood the importance of proper education, and thus, he took responsibility for his daughter’s life.

“When I look into the future, it’s so bright it burns my eyes”.
Oprah Winfrey

By the age of 17, Oprah had not only graduated from high school, being voted as the Most Popular Girl, but also won an oratory contest which helped her to enter Tennessee State University without any problems.

Oprah successfully combined studies at the university with work at the local channel.

During her first year of work she managed to set up two records: first of all, she became the youngest reporter, and secondly, Oprah was the first black reporter shown on TV.

After graduation Oprah moved to Baltimore where she hosted the morning talk show.

The interesting and unique host was so much liked by the audience that her popularity broke every possible record!

Peter Daniels: a millionaire from the slums

However, she won the biggest popularity when she started her own show.

It went on the air on September 8, 1986 and had been retaining its constant popularity for 25 seasons, until the year of 2011 inclusively.

More than 4500 episodes that were shown in 150 countries, lots of prizes and awards, crazy success, unlimited influence and milliards of income – these are the results of the 25 years of show existence.

What is Oprah up to right now?


The show was closed down in 2011, and this even didn’t surprise anyone.

Oprah announced her plan to make the 25th season the last one long beforehand.

The unstoppable host had other plans for the future: she dreamt about working at her own channel where she could host her own show without being limited by the editorial policy.

The OWN-channel appeared in the same year of 2011.

Apart from TV, Oprah also starred in the movies and was even awarded an honorary “Oscar” in 2011.

She writes books, as well as blogs in popular social networks, supports politicians and teaches young generation the secrets of television.

Oprah owns an expensive property in different parts of the US, starting from the apartment in Chicago and ending with a house at the popular ski resort. However, Oprah thinks that her home is in California, where she also has a house, by the way.

Stedman Graham can proudly call himself Oprah’s husband for more than 20 years already.

As a result of her first tragic pregnancy at 14, Oprah couldn’t have children anymore. Instead, she has a lot of pets living in her house.

Besides, she created her own show “Africa’s Oprah Winfrey Leadership Academy for Girls” and calls its participants her sworn daughters.


Oprah Winfrey always says whatever is on her mind at the moment.

Her every phrase is amazingly objective and wise.

I highly recommend you to follow these guidelines which are generously shared by this outstanding woman with others.

Oprah Winfrey is more than just a TV host; she is one of a kind.

Her opinion is always taken into account, and her influence is greater than the influence of many American statesmen.

She’s famous and wealthy, but she has never forgotten about her origin and has always helped other promising people to reach the top.