Have you ever heard of “outplacement”? Learn more about this term and advantages of this concept. 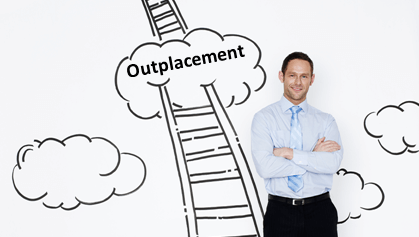 Good time of the day, dear readers of “Motivational-tips”!

Thanks to you I always learn something new. Looking for new topics, I don’t simply nurture your brain with new information, but also examine the notions that were previously new to me.

For example, the topic of today’s article is outplacement – the term not so well-known in our country. To get more updates, subscribe to our email-delivery!

Do we really need outplacement?


I think you will agree that, comparing to Ukraine and Russia, Europe and USA have significantly progressed in the matters of work etiquette.

The countries of post-soviet area are still at sea in the sphere of their hired workers’ rights protection, civilized firing, social guarantees and so on.

The existence of Trade union makes the situation even more ridiculous.

This is the most useless organization with tons of employees who groundlessly receive high salaries, sit in cozy armchairs and even don’t raise a finger to care of workers’ rights.

Hired employees, deprived of any protection from the state, bear it all submissively fearing the most horrible thing – firing.

The leaders of the company don’t care for the good name of their organization that’s why fired people are often treated low-down: they are humiliated, not given their dismissal pay, not explained the reasons of their firing and so on.

In the USA an unfairly fired worker would appeal to the court where he would get a considerable compensation.

Understanding the hopelessness of this venture, our compatriots are apt only to take minor vengeance on their ex-bosses.

They can report to the fiscal service about illegal wages in the envelopes, complain every Tom, Dick, and Harry about the malicious nature of these exes, share confidential information with their business rivals, steal important files, infect computers with viruses and so on.

All in all, neither the boss nor the fired worker have much to enjoy.

The developed countries made relevant conclusions and decided to farewell with their employees respectfully and with a mutual benefit.

What is outplacement and where does it come from?

«Love what you do. If you haven’t found it, keep looking. Don’t settle.»
Steve Jobs

The term outplacement is used by managers and HRs and explains itself: “firing with the further employment”.

Besides providing the ex-worker with a new cushy post, outplacement includes:

Of course, such assistance isn’t for free.

The company reducing the staff (but not the workers) is paying for that.

These are actually the obligations of outplacement and recruiting companies.

In western companies the models of civilized parting with ex-subordinates were first used in late 90-s.

For two decades they had been so improved and polished that our local bosses could have ready principles of outplacement on a plate and simply include them to their menu.

But the thickheaded high and mighty still prefer to spit on people from their Mercedes windows not understanding what harm they do to their own firms.


Directors unwilling to learn this new term and preferring to act as they used lose a lot.

These reactionaries simply don’t understand the benefits of applying civilized models of staff reduction and dismissal established in the whole progressive world.

The advantages of outplacement:

Besides, you shouldn’t forget about the psychological aspect.

Who knows what a desperate person deprived of the only source of income can do.

A turned upside-down office of the company-offender, beating or even murdering the director, committing a suicide…

These scenes are not from the movies, but from real life.

Why is outplacement still alien to Russia and Ukraine?

I put this question to my acquaintance Alina who works for a recruitment agency.

It turned out they had an outplacement specialist, but he wasn’t in high demand.

His only clients were big international companies used to the polite parting with their workers.

In Alina’s opinion, the main reasons for such weird behaviour of the employers consists in the following:

Please, don’t repeat the mistakes of your reactionary colleagues, but instead – use outplacement when forced to fire your employees. Learn how to say good-bye politely.